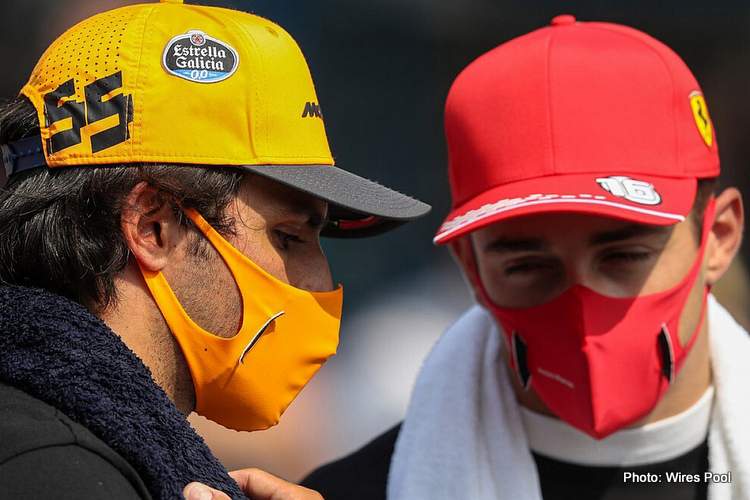 Mattia Binotto bucked Ferrari policy by banking on youth over experience, as the Italian team rebuilds for the future with him at the helm, and believes he has the best pairing possible in homegrown Charles Leclerc and, soon to be in Red, Carlos Sainz.

Earlier this year it was announced that four-time F1 World Champion Sebastian Vettel would be leaving the team to make way for 26-year-old Sainz, a driver yet to win a Grand Prix, joining 22-year-old Charles Leclerc at Maranello from 2021.

Ferrari have always tended to hire world champions to lead their teams, before Vettel it was Fernando Alonso, before that Michael Schumacher. Kimi Raikkonen was at the peak of his powers at McLaren when the Scuderia came calling.

Team principal Binotto has torn up that well-tested formula that snared many titles for the Scuderia ti implement his driver line-up. Times have changed and with it go traditions of the team, what the future holds is anyone’s guess.

This is the second part of an in-depth interview with Sky Italia reporter Carlo Vanzini, in which Binotto discusses the driver decisions under his watch at the Scuderia including the tough call to Vettel before the season started.

CV: Ferrari invested in two young drivers, contrary to what it did with Schumi…
MB: Michael was the greatest, we learned a lot from a leader like him. Leclerc excites the fans and also us internally. Enzo Ferrari would have liked him a lot, he often drives over the limit. Sainz is a leader, a hard worker who unites the working group. He is a driver growing in stature with the right mentality. I am strongly convinced this is the right choice, I think they will be the least of our problems.

CV: How will you keep Leclerc and Sainz good in terms of performance?
MB: Charles is already part of the team. He is growing as a leader, in difficulties he has never been critical. He wants to help, he is maturing. We will come out of this difficult season, Sainz made the right choice.

CV: How difficult was it to call Vettel to explain that he was out of the project?
MB: I was at home and I had rehearsed how to tell him. Basically, we love Seb for what he gave us and how he behaved. We had to make choices based on the future, with medium-long term ambitions. We dealt with it transparently. He didn’t hang up, he understood because he is an intelligent person.

CV: Has Lewis Hamilton ever come to Maranello to talk about a future at Ferrari?
MB: He is a great champion who deserves every victory, but I am tied to Schumi’s records. Lewis just came here to buy our cars because they are beautiful …