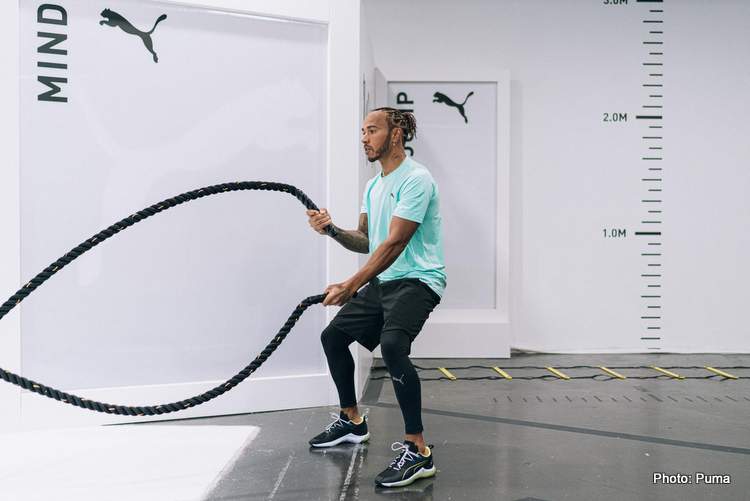 Formula 1 drivers need to be mentally on point on race day. But they also need to be at the top of their game physically to manoeuvre their car, keep a low centre of gravity, and manage their heart rate during the stressful race time.

Just ask Lewis Hamilton (pictured above) is on track to set the record for the most Formula 1 wins in history, currently held by Michael Schumacher with seven wins total. He recognizes the importance of physical training for his races and applied that physical work to become one of the best in his pursuit of excellence.

The best F1 drivers out there start physical training right from day one. Physical training is something that requires dedicated time to yield the fruits of your labour. Take a look into how Lewis Hamilton, Felipe Massa, Valeria Bottas, and Daniel Ricciardo prepare their bodies for the big race.

How should drivers train for F1?

Formula 1 drivers should be well-rounded physically. There are a few things they all keep in mind when designing a training program:

Lewis Hamilton is at the top of his game, and it shows – he won the 2019 F1 world championships. He trains with a winning combination of exercise and diet.

Lewis lifts weights regularly but makes sure not to over-do it to keep his overall weight down. He runs regularly and includes sprinting in every workout to keep his heart able to take the stress on race day easily.

Lewis has experimented with Muay Thai and boxing, but his favourite workout method is Pilates because it focuses on building a killer core. The best part about Pilates is the minimal equipment required – a resistance band set you can find on Victorem, a small inflatable ball, and a yoga mat are all you need.

He credits being in the best health of his life with his diet. Lewis started eating a vegan diet three years ago and has noticed a massive improvement in energy levels, sleep, and general health.

Felipe Massa primarily works on endurance training to prepare for the big day. Muscular endurance gets drivers through the F1 races that can often push the 2-hour mark.

He emphasizes neck and shoulder strengthening and cardio work to keep his heart in tiptop condition for race day.

Felipe avoids fried foods and chooses white meats and fish instead. He keeps his meals light in the evening, opting to eat larger meals at breakfast and lunch to keep energy levels up all day long.

For Valtteri Bottas, the most challenging part of a race is staying mentally focused while driving two-plus hours in sometimes desert-like conditions, depending on where the race is held.

The G-force is high while driving at such fast speeds, which can be challenging to handle for even the fittest of drivers.

He regularly trains his body by swimming to prevent injury. Valtteri loves the freedom of running because you can do it from anywhere in the world.

Valtteri keeps his lunches on the lighter side to avoid the 2 pm energy dip and includes lots of fruits and vegetables into his diet.

Daniel is an Australian driver with tons of wins under his belt. He knows the crucial importance of training a strong neck, as an F1 driver’s neck gets put under a huge amount of pressure during high-speed races.

He focuses on core exercises and practices improving his reaction times by standing facing a wall and catching a ball that a friend throws against it.

Daniel also does speedball work to build agility and rhythm, accuracy, and precision.

These successful F1 drivers have a ton of commonalities when it comes to training for race day. Cardio exercise is at the forefront while centering strength work around the neck and core.

Maintaining a healthy diet full of lean protein, fruits, and vegetables is another essential key these drivers use to improve performance during those extra-long race stretches in harsh weather conditions.