Stroll: I tested positive for Covid-19 but now I am better 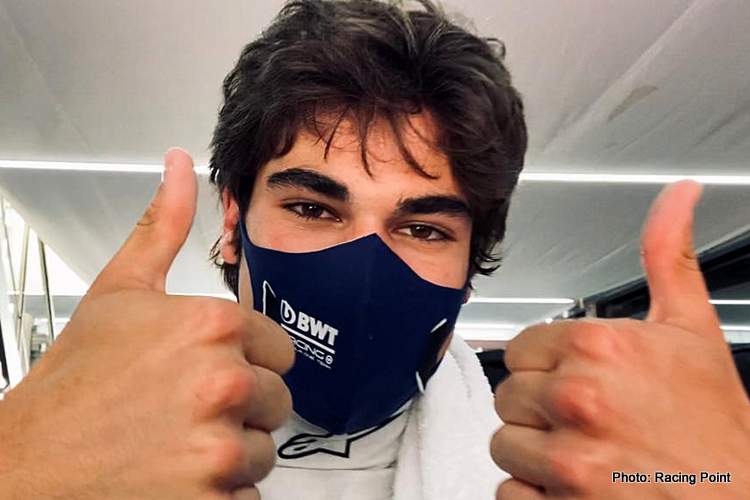 Lance Stroll had Covid-19 and thus missed the Eifel Grand Prix last time out, but is set to return for the Portuguese Grand Prix weekend, healthy and ready.

The 21-year-old missed the race at the Nurburgring after feeling unwell and was replaced at short notice by Germany’s Nico Hulkenberg at the Racing Point team.

The Silverstone-based outfit, owned by Stroll’s father Lawrence and third in the contructors’ standings, said at the time that he had felt unwell since the Russian Grand Prix on Sept. 27 but had tested negative.

Stroll is the second Formula 1 driver to contract the new coronavirus, the other being his Mexican team mate Sergio Perez who missed two races in August.

“I just want to let everyone know that I recently tested positive for Covid-19 after the Eifel GP weekend,” said Stroll on his social media accounts.

“I am feeling 100% and have since tested negative.”

Stroll said he had woken up on the Saturday morning at the Nurburgring with an upset stomach.

“I followed the FIA protocol and self-isolated in my motorhome and did not re-enter the paddock,” he explained.

“I wasn’t fit to race so I flew home early Sunday morning. As I was still feeling under the weather I took a Covid test on Sunday evening.

“The next day the results came back positive, so I stayed at home self-isolating for the next 10 days. Luckily, my symptoms were pretty mild.”

Stroll said he was tested again last Monday and his results were negative.

“I feel in great shape and I can’t wait to be back with the team and to race in Portugal,” he added.

F1 teams are operating in ‘bubbles within bubbles’, isolated from each other and separated into groups internally to limit the risk of contagion.

Nobody is allowed into the paddock without producing a negative test result, and team members are tested at five day intervals.

Champions Mercedes, who have Lewis Hamilton heading for a seventh world championship, reported two positive cases at the Nuerburgring with six replacements flown in from England.

Friday practice at the German track was wiped out by bad weather but Stroll was in the paddock for media duties, conducted at a safe distance, on the Thursday.

Sunday’s race at the Algarve circuit near Portimao will be the 12th round of the season and first Portuguese Grand Prix in 24 years. It was added to the calendar after some other races were cancelled due to the pandemic.

The season-opener in Australia in March was cancelled after a McLaren employee tested positive for COVID-19, with the championship then stalled until July.