Vettel: Schumacher is still the best 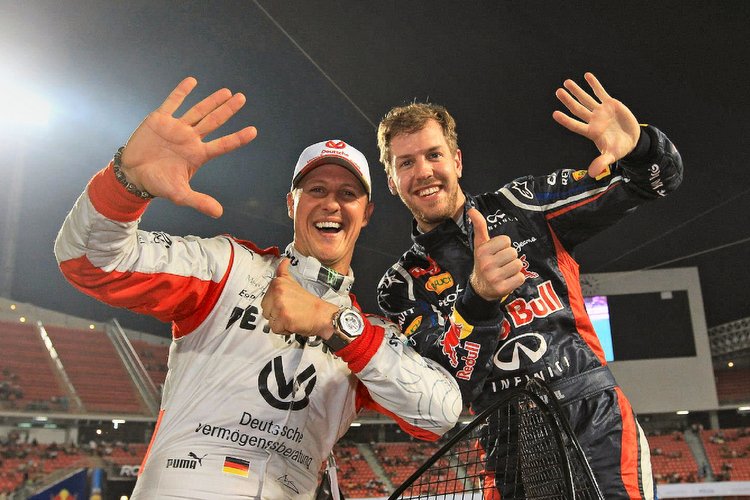 A four-time world champion with 53 wins himself, Vettel has raced against both drivers over the course of his 14-year F1 career, and while he has nothing but praise for six-time champion Hamilton’s accomplishment, he maintains seven-time champ Schumacher still holds the top spot.

“I can’t respect his efforts enough,” he said of Hamilton’s accomplishment. “I think it’s been a number in my head that I’d always thought would never be beaten, or equaled. I think we’re generally quite certain that he will exceed this number.

“Nevertheless I have to say Michael will always be my hero, and I think Michael had something about him that I haven’t seen in other drivers so far.

“Probably in another 15-20 years’ time there will be more admiration for that, but obviously when you are still active you are looking at yourself and not so much at others.”

A teammate of Schumacher’s at seven consecutive Race of Champions events from 2007-2013, Vettel went on to explain how his opinion had been further shaped by working alongside his countryman.

I think he was just better than anybody else I have seen so far. I think he had a natural talent that is very difficult to explain.

“If you see him go-karting, obviously I didn’t see him at a young age but at an older age, I was happy to join him in the Race of Champions a couple of times and you see a bit more skills and car control.

“I think he had a natural ability that as I said I haven’t seen with anyone else so far.

“On top of that he had an incredible work ethic but I think it is a combination of the two that stands out. I haven’t seen a match yet.”