Stroll: I’m very surprised that Leclerc didn’t get a penalty 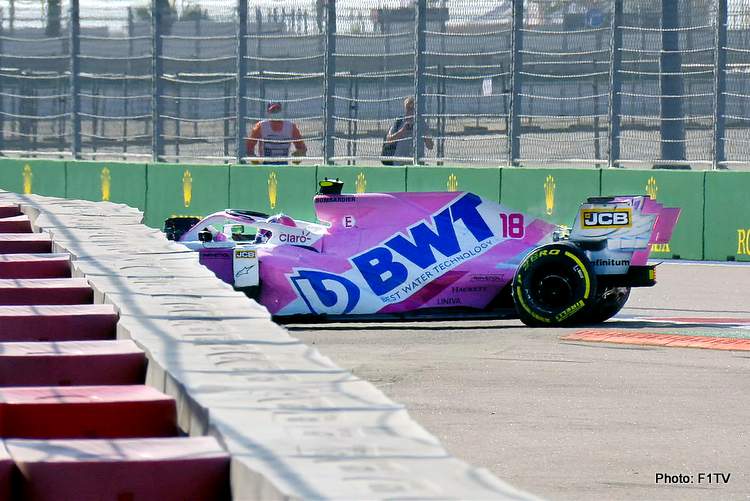 Lance Stroll made a great start from P12 up to P7 early on during the 2020 Russian Grand Prix on Sunday, but his race lasted only a handful of corners before he was punted out of the race by Ferrari driver Charles Leclerc.

This put the Racing Point into a spin and into the wall nose first, putting an end to his race on the spot. A shame for Lance as his car had the ‘go faster bits’ bolted on for this race and, traditionally, he tends to excel in races of high attrition. But not this time around.

Lance said in the team race report, “I made a great start to the race and I was up to P7 by the time of the collision. Having had the free choice of tyres, by starting outside of the top 10, we were in a really good place to execute a strong race and score plenty of points.

“Sadly, it wasn’t to be because my right-rear tyre got hit by Leclerc on the opening lap. I’m very surprised that he didn’t get a penalty because I left him plenty of room and he could have avoided making contact by not going so wide on the exit. I was on the edge of the track and couldn’t have done more to avoid him.

“So I’m disappointed that a careless move cost us a potentially good result. What’s done is done, and I’m ready to focus on coming back stronger in Germany next time out,” added the Canadian.

While the team relished Sergio Perez’s fourth-place finish, team principal Otmar Szafnaue lamented after the race, “It was a bittersweet race with Lance being taken out of the race on lap one – through no fault of his own – when Leclerc hit his right rear tyre.

“That spun Lance around and into the wall. It’s a massive shame because he had made a superb start and was already up in P7 right behind Checo. Given the pace of the car, it’s frustrating that Lance couldn’t score the points he deserved today,” added the Racing Point team boss.