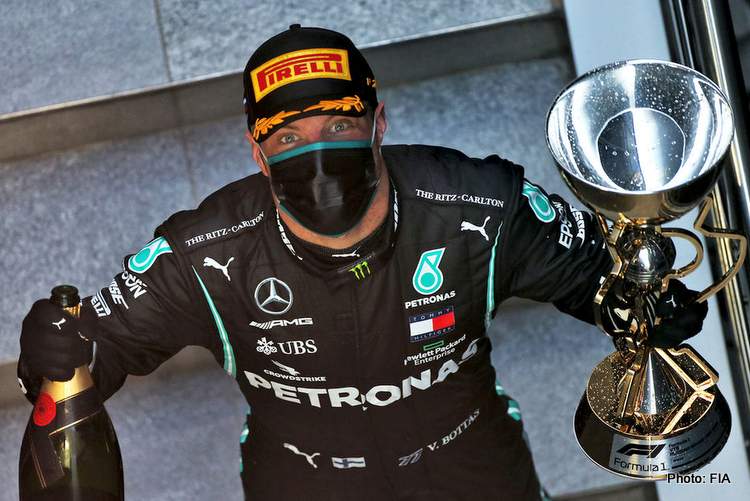 A race that saw his teammate denied a shot at history, Mercedes’ Valtteri Bottas was able to capitalise on a pair of pre-race penalties for Lewis Hamilton to earn his second win of the season at the Russian Grand Prix on Sunday.

Opting not to perform the usual practice start at the pit exit, Hamilton instead did so twice in areas FIA race director Michael Masi had outlawed in his event notes.

A look back at the time penalties incurred by polesitter Lewis Hamilton before lights out – which ended up changing the complexion of the Russian Grand Prix#RussianGP 🇷🇺 #F1 pic.twitter.com/3EZ43De2UB

As a result, the Briton, who could have equaled Michael Schumacher’s Formula 1 record 91 career victories today, was forced to sit idle for 10 seconds at his lone pitstop, and could only recover to third.

Regardless of the circumstances, Bottas, who had started P3 and only been in the position to capitalise on Hamilton’s misfortune after leapfrogging Verstappen off the line, was clearly ecstatic with the victory.

“YES!! For my critics… to whom it may concern, f*ck you,” he quipped on team radio, repeating a phrase he had employed after winning the 2019 Australian Grand Prix.

Speaking in the podium interviews afterwards, the Finn dialled back the language, but not his satisfaction.

“I knew the start was going to be the first opportunity, but it was quite compromised because there was a massive bee or something that hit my visor!”

“I knew I would have opportunities after that and then Lewis had the penalty. Once I was in clean air, I felt the pace was pretty awesome and I could really control everything.”

Joy and relief for @ValtteriBottas as he celebrates victory in Russia 😆 🏆

His second of the season and his first since Austria in July#RussianGP 🇷🇺 #F1 pic.twitter.com/xjMPSM5Axx

In contrast, Hamilton suggested he would just try to quickly move on from the afternoon, “Just not the greatest day,. It is what it is. It’s done now. I take the points that I got and move on.”

Running his own race in second, Verstappen indicated he was as pleased as he could be given the pace advantage Mercedes possess, whether Hamilton or Bottas is piloting it.

“To be able to split the Mercedes cars again, I think we can be pleased with that,” he said. “I was just trying do my own race. I think we did everything well, and I’m very happy with second.”

Also the top three drivers in the championship standings, Hamilton now leads Bottas 205 points to 161, with Verstappen third on 128.

Outside the podium places, Sergio Perez was fourth in a strong drive for Racing Point, the Mexican forced to pass P5 Daniel Ricciardo on-track after losing places at the start.

Ferrari’s Charles Leclerc finished 6th after starting 11th, although he will be disappointed to not keep closer to Ricciardo, given the Australian received a five-second time penalty for failing to go through the bollards at turn 2 after botching a coordinated swap with Renault teammate Esteban Ocon midway through the race.

Ocon, who finished 7th, was followed home by the AlphaTauri pairing of Daniil Kvyat and Pierre Gasly, the latter likely to be equal parts disappointed in losing to his teammate and pleased in besting Red Bull’s Alexander Albon, who rounded-out the top ten.

Antonio Giovinazzi finished one place shy of his first points since the season-opening Austrian Grand Prix in finishing 11th, although he can take some satisfaction in leading a Ferrari-powered quartet of Kevin Magnussen, Sebastian Vettel and Kimi Raikkonen in 12th, 13th and 14th respectively.

McLaren’s Lando Norris was P15 in a difficult afternoon for the team, a lap one pitstop not seeing him through to the end and spoiling what had been some solid wheel-to-wheel racing.

Nicholas Latifi was 16th for Williams, ahead of Romain Grosjean in 17th and teammate George Russell in 18th, the latter forced into a third pitstop after flat spotting one of his tyres.

Separate lap 1 casualties that necessitated a safety car, Carlos Sainz clipped the barriers whilst attempting to navigate the off-track bollards at turn 2, while Lance Stroll spun into the wall at turn 4 after being tagged from behind by Charles Leclerc.

Carlos Sainz was forced wide after the start – and hit the edge of the wall as he tried to rejoin the track 👀💥#RussianGP 🇷🇺 #F1 pic.twitter.com/SYczEWyUzD 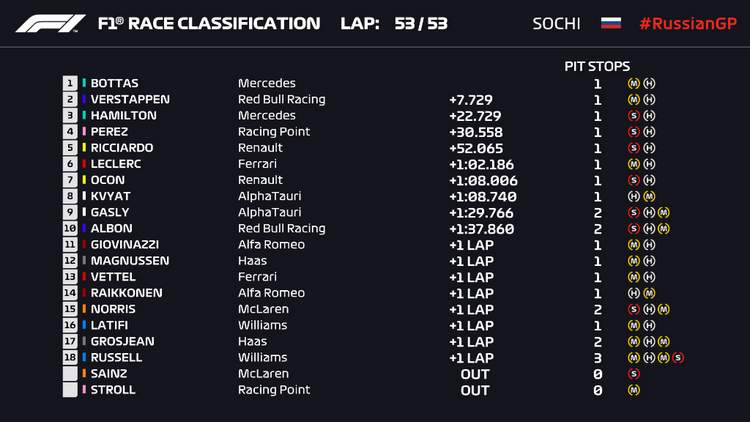 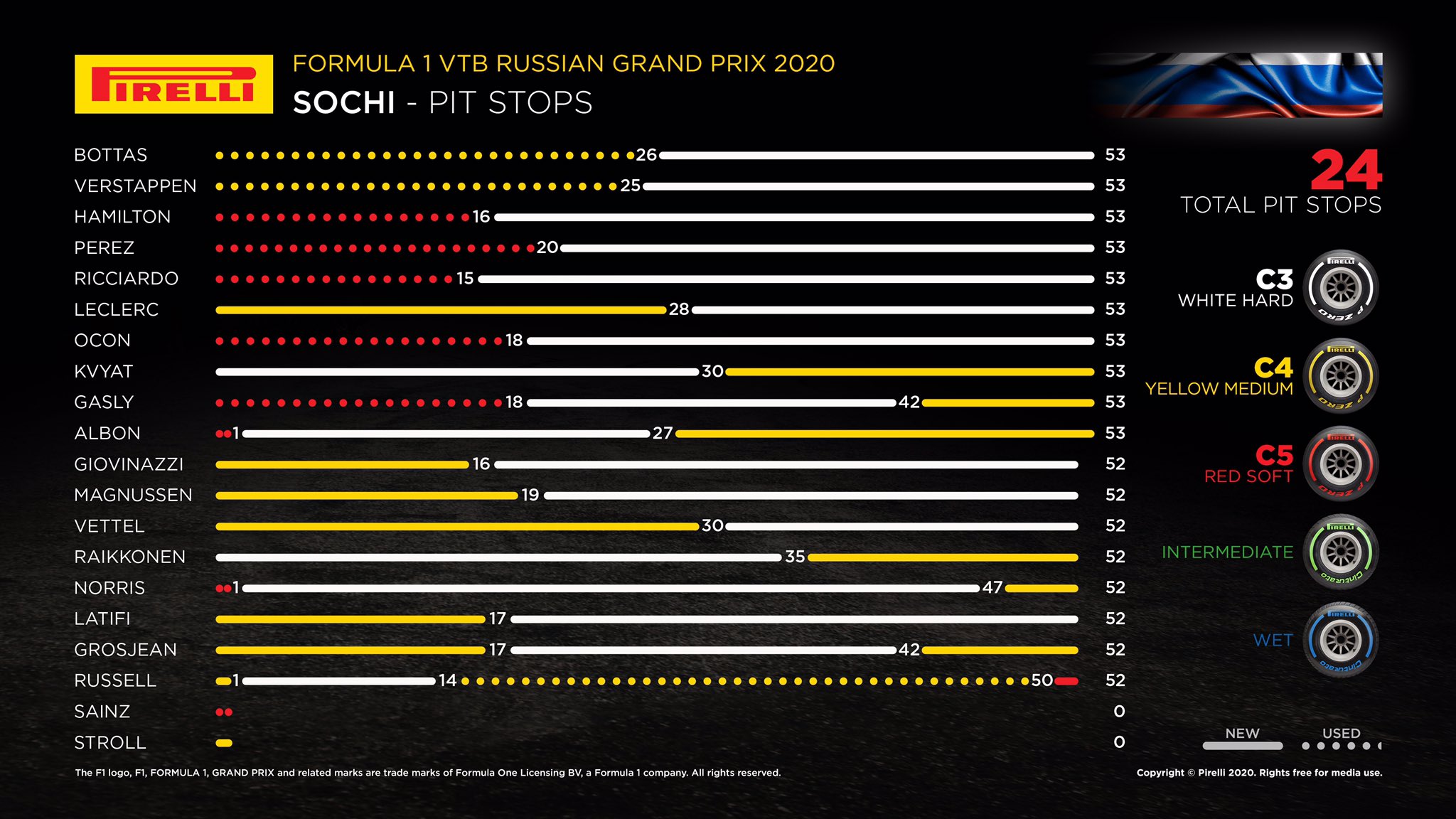 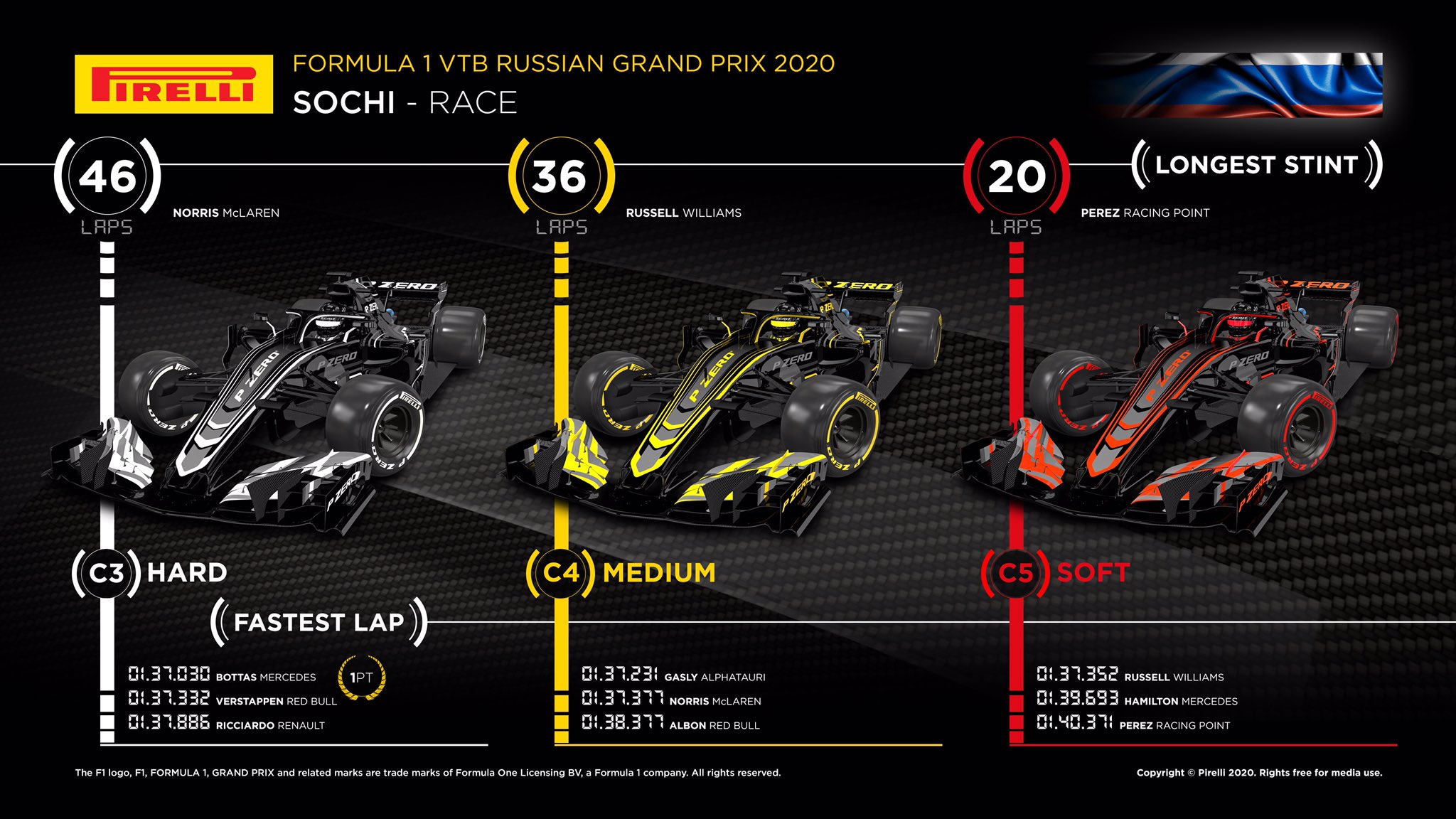 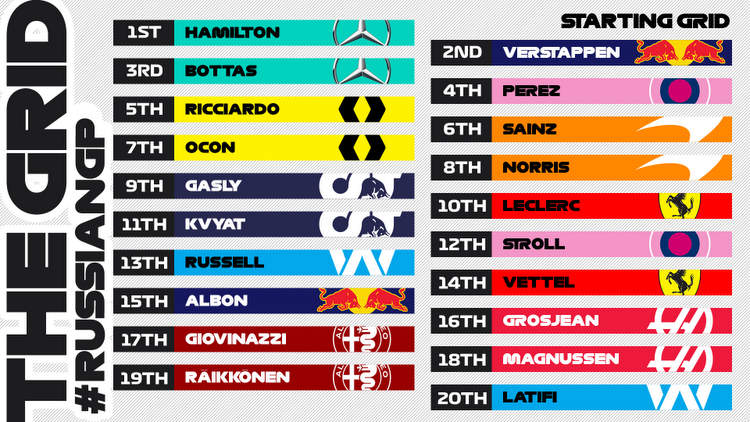 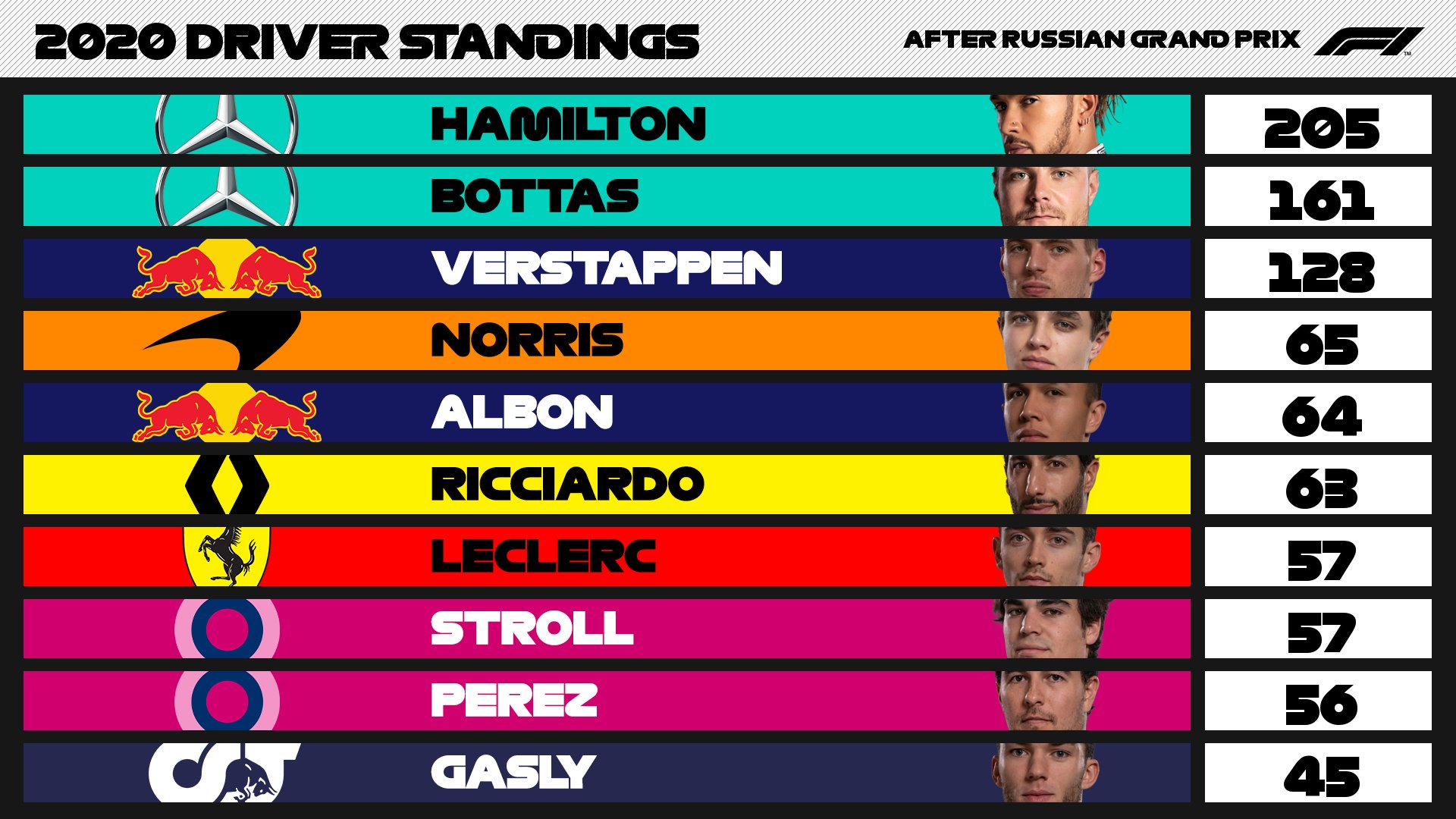