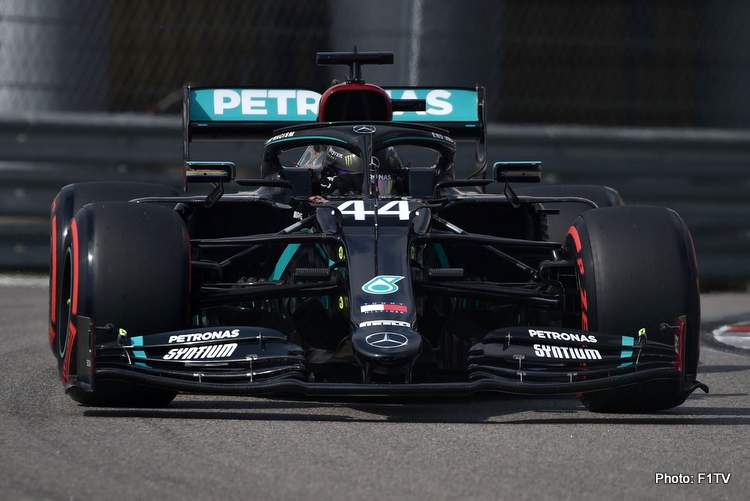 Delivering the latest in a long line of legendary qualifying performances, Lewis Hamilton was simply a step above in qualifying for the Russian Grand Prix on Saturday.

Earning his 96th career pole position with a time of 1:31.304, Hamilton was 0.563 seconds up on the next-best effort of Red Bull’s Max Verstappen, with Mercedes teammate Valtteri Bottas a further 0.089s back.

Making Hamilton’s performance even more remarkable was the fact it nearly didn’t happen, as he came within 1.25s of being eliminated in Q2.

Yet to set a time in the session with two minutes remaining, Ferrari’s Sebastian Vettel brought out the red flags when he spun into the barriers at Turn 4, causing Hamilton to abort his flying lap and return to the pits.

Thankfully he was unharmed after this hit, but it brought out the red flag during Q2 🚩#RussianGP 🇷🇺 #F1 pic.twitter.com/gTdkJRsghU

Close to the back of the queue at the restart, Hamilton managed a scruffy out-lap just before the chequered flag dropped, before setting the time that would get him through.

Of course that won’t matter to the history books, which will instead highlight that Hamilton was at his brilliant best in the final frame, with both of his Q3 laps good enough for pole.

However, Hamilton could still find himself starting further back, as he is one of four drivers currently under investigation for failing to rejoin the track correctly at turn 2 in Q1.

The World Champion said afterwards, “It was one of the worst qualifying sessions. It was horrible – heart in your mouth. I wanted to stay out and do a banker but they said come in and get new tyres and then the red flag came out.

“It was a risk, we got through but I am starting on softs which is not good. Undoubtedly I am likely to get dragged past tomorrow, it will make it hard to win the race,” added Hamilton after claiming his 96th top spot start in F1.

After which he was summoned to the Race Stewards to explain a track cutting incident: “The Stewards heard from the driver of Car 44 and team representative and have reviewed video evidence. The driver left the track at turn 2 and did not manage to re-join the track as defined in the Event Notes (v3) 22.1.

“The driver accepted that he had not followed the instructions and further he accepted that in a race there would be a penalty. The Stewards determined that there was no advantage, as the relevant lap time was
deleted according to Doc 27.”

As things stand, Verstappen did well to finish behind him, stealing second from Hamilton’s Mercedes teammate Valtteri Bottas, the Finn likely to be particularly disappointed in his performance given this has historically been one of his stronger tracks.

The Red Bull driver reported, “We were struggling a bit to find the right balance with the car, the track is quite slippy around here. Even this morning I was not entirely happy and in Q2 we were really trying to nail the balance and in Q3, the final runs, it was not bad. To be second on the grid, I didn’t expect, so very pleased for that.

“If we can have a decent start then the tow effect is very big around here, so if we can get a good draft, then who knows what is going to happen into Turn Two – but it’s going to interesting anyway with the tyres as well tomorrow,” ventured the Dutchman.

At the end of another Saturday in which Bottas was unable to match his teammate when it mattered, the Finn summed up, “It has been looking pretty good all weekend, I found good pace but Max and Lewis obviously just got more. P3 is a good place to start and I think I have the advantage of being on the right starting tyre so it’s still all to play for.”

Outside the top three, Sergio Perez was over a second off the lead in P4, although he faced a far closer fight behind him with Renault’s Daniel Ricciardo within 0.047s.

McLaren’s Carlos Sainz was sixth with a 1:32.550, followed by Esteban Ocon and Lando Norris.

Pierre Gasly once again made his case for a promotion to Red Bull, finishing P9 to his senior team replacement Alexander Albon in P10, the latter 1.2 seconds off his teammate Verstappen.

Just missing the cut in Q2 was Charles Leclerc, the Scuderia seeing a particularly discouraging result given the updates on the car this weekend.

Daniil Kvyat was P12 ahead of a struggling Lance Stroll, George Russell earning another Q2 appearance for Williams, with the aforementioned Vettel 15th, having failed to set a time.

Nicholas Latifi could only manage 19th in the second Williams, with Kimi Raikkonen – who lost his first teammate battle in five races – bringing up the rear. 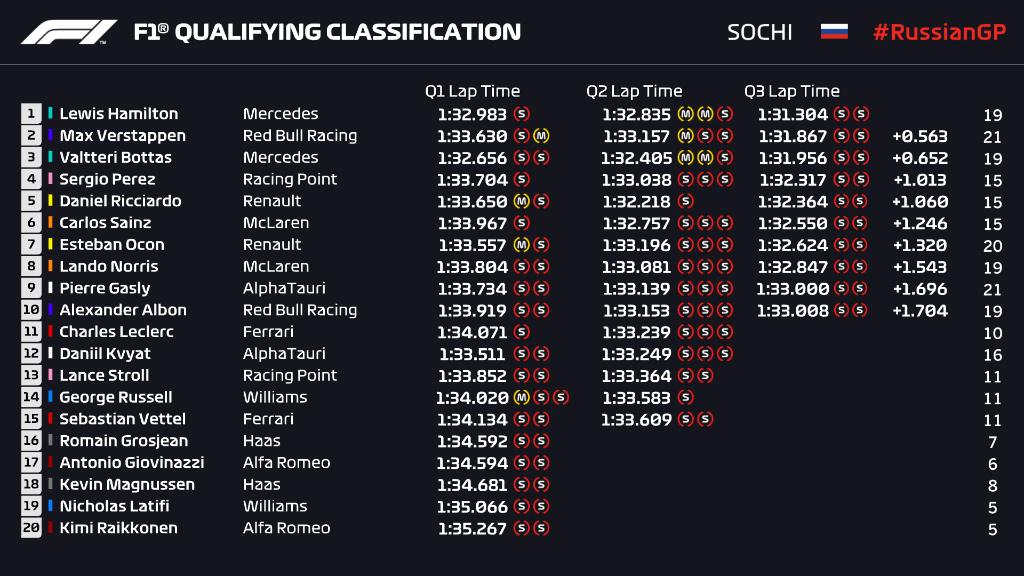 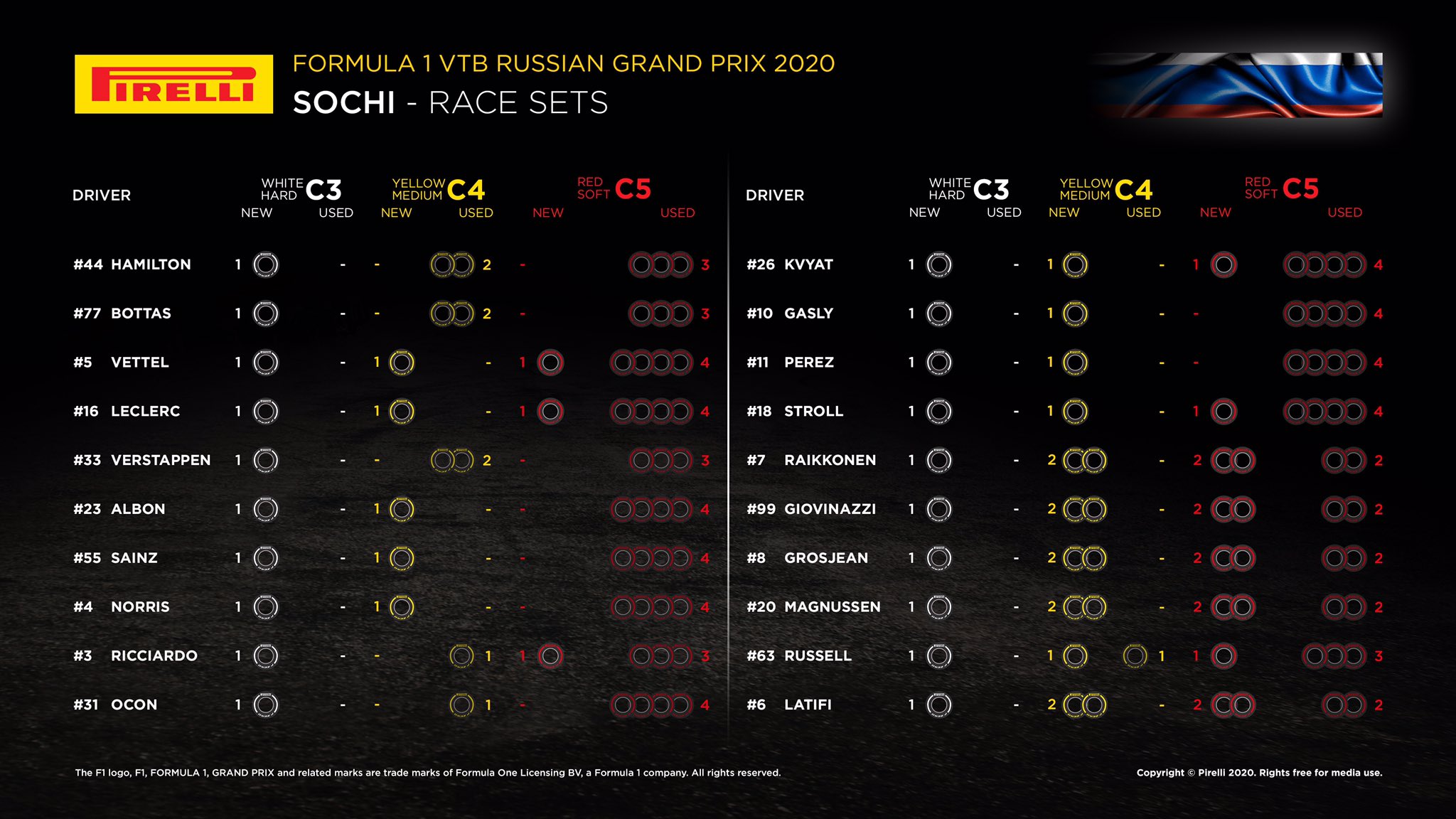