Wurz: Max is one of the best we have ever seen 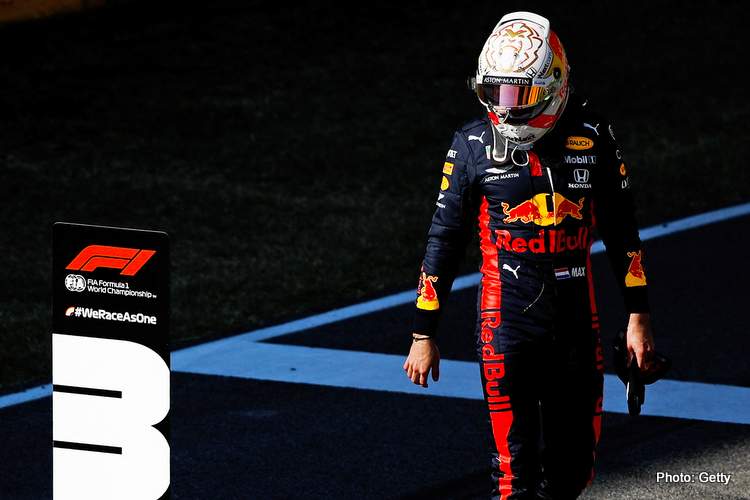 While Max Verstappen may be frustrated that he has not yet been given a car to match, let alone beat, Mercedes but the Red Bull driver is still very young and is capable of breaking previously insurmountable Formula 1 records according to Alex Wurz.

In terms of F1 driver pecking order, it can be argued that Verstappen is one of the few who could challenge any driver in similar cars, the Dutchman perhaps on par, or at least closer than anyone has ever come of late, to Lewis Hamilton at this stage of his career.

But Mercedes have given their driver a far more effective package, rendering the Red Bull driver Best of the Rest far too often. While Honda have done the team no favours in recent races, two DNFs at this level is unacceptable.

However, not to despair according to former F1 driver and GPDA chairman Alex Wurz who believes that Max has youth on his side, “If you think about it he can still become the youngest world champion, which is Sebastian Vettel so far, then he still has so many years ahead of him, and he has already gained so much experience.”

Vettel won his first title aged 23-years, 134 days. Max will be 23 on 30 September this year, thus he is unlikely to nab the record as Wurz says, but the point of his enthusiastic prediction is pretty clear. Max has time.

His status was cemented by the demolition job he did and is doing on teammates Pierre Gasly and Alex Albon, to the point that both their careers have been in jeopardy because they are simply no match for the guy in the #33 car.

Right now the facts are, this year’s title hopes are done and dusted for Red Bull’s finest – make that everyone bar Lewis Hamilton who is cruising to his seventh title unchallenged from within or without.

In an interview with ORF TV at Mugello, Wurz acknowledged, “A miracle must happen that would catapult Max back into the title fight but he’s a healthy realist, pessimism is not a mental problem for him.

“He always gives everything and for me is one of the very best racing drivers we’ve ever seen,” added Wurz.

But in Formula 1 being at the right place at the right time is a key to the sustained success of the Lewis Hamilton or Michael Schumacher kind, without that and several other key elements in place – of which a car capable of setting the pace is by far the most important.

Wurz explained, “Max has to hope he is in a team with a championship-winning car always at the sharp end with updates, a least at the level of what Lewis and Bottas. With that, he could overtake the records of Lewis and Michael Schumacher. He has what it takes.”

Max has developed immensely since the fresh-faced 17-year-old made his grand prix debut. His journey to the top is well documented, and no surprise he is the main pretender to Hamilton’s throne.