Wolff: Something special to have an entry into Formula 1 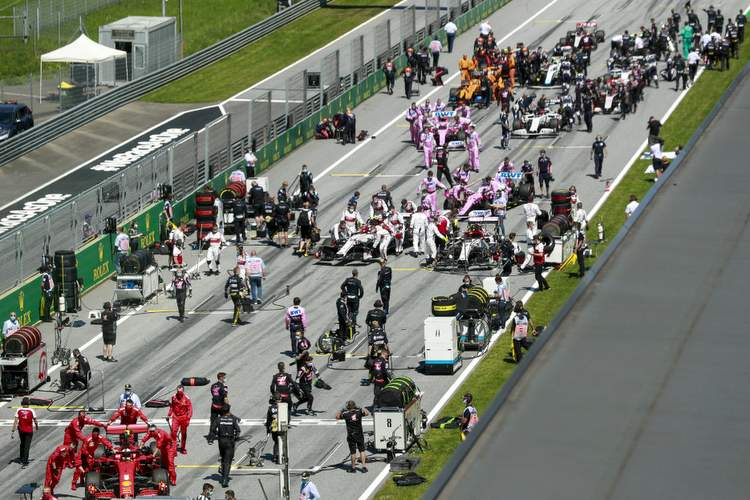 Formula 1’s 10 teams now have a clear franchise value after a rule change that means any new entrant will have to pay $200-million to join the grid, according to Mercedes F1 boss Toto Wolff.

The money would be shared equally between the existing teams as compensation for the dilution of their share of the sport’s revenues.

“I think it´s very important because it sets a floor for team valuation,” Wolff, a shareholder in the Mercedes team, told reporters ahead of Sunday’s Tuscan Grand Prix at Italy’s Mugello circuit.

“I think such a franchise value is completely normal. It should be limited to 10 teams. It is something special, to have an entry into Formula 1 and that is valid for most of the professional sports leagues.”

U.S.-owned Haas are the last completely new team to enter Formula 1, in 2016.

McLaren boss Zak Brown said the fee, which could be seen as a major barrier to new privately-run teams ever coming in, protected the value of existing competitors and meant it made more sense to buy into a team than create one.

Former champions Williams were recently taken over by U.S.-based Dorilton Capital for an undeclared sum that media reports put at around $180-million.

Champions Mercedes were previously Brawn GP and before that Honda, BAR and Tyrrell while Racing Point, soon to be Aston Martin, have a lineage from Jordan through Force India.

Formula One has seen a multitude of teams come and go since the championship started in 1950, with some failing to last long enough to even race.

The USF1 team were due to enter as one of four all-new teams in 2010 but collapsed before the start of the season and were fined their 309,000 euro entry fee.

The other three teams that came in have all since disappeared.

“If you believe in the franchise value growth of Formula One, you’ll get that $200 million back and then some at a future date,” said Brown.

He said the regulations also gave commercial rights holders Liberty the ability to adjust the fee.

“I think what we’re trying to do as an industry is stop what we’ve had in the past where a USF1 announces they’re going Formula One racing and they never get to the track,” he said.

“I think the $200 million is intended to really make sure that if someone is coming into the sport, that they have the wherewithal to do it.”