In the Pitlane: Is Israel an option for Formula 1? 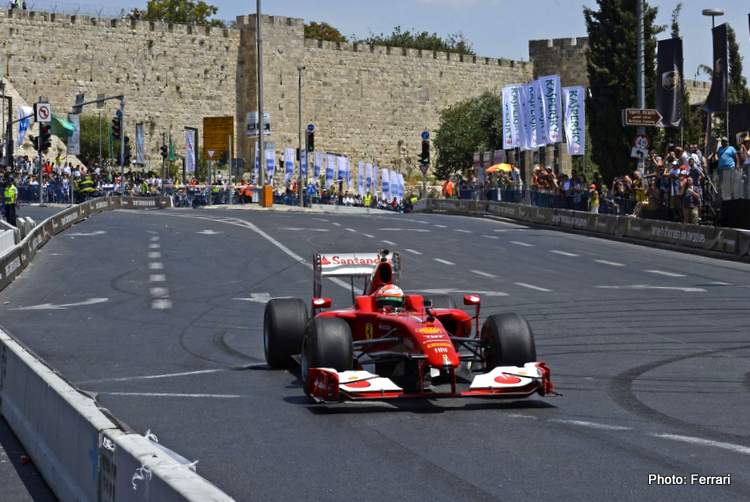 With the US acting as an intermediary, Israel and the United Arab Emirates agreed back in August to work towards “normalisation” making it the third Arab nation to have full relations with Israel, after Egypt and Jordan.

Two weeks ago, we witnessed an El Al plane taking off from Israel carrying a high-ranking American and Israeli delegation to Abu Dhabi in the first-ever direct commercial passenger flight to the United Arab Emirates.

The El Al flight required the approval of Saudi Ariba to fly over Saudi airspace. Whilst the kingdom along with other Arab states maintain their boycotts of Israel in support of Palestinians obtaining an independent state it was nevertheless a historic moment.

Then came the announcement last week that Bahrain is set to normalise diplomatic relations with Israel in a move that the Palestinian Authority has strongly rejected and denounced as a betrayal.
So, with moves afoot in the Middle East will F1 add Israel to the calendar?

Well, it may well do due to the desire of one Sylvan Adams the cycling mad Israeli-Canadian billionaire who finances Williams test driver Roy Nissany.

Adams is a man who makes things happen and his business card reads, “self-appointed Ambassador at large, for Israel.”

He has recently declared, “I decided that I’m going to devote the next chapter of my life to promoting Israel.”

Adams main goal is to raise the profile of Israel as a nation in top-level international sporting championships.

Adams was the driving force behind bringing the Giro d’Italia cycling race primarily held in Italy to Israel in 2018. Adams got his chequebook out and $80m later the deal was done and the race left Europe for the first time.

The cycling race like any potential F1 race was met with protests from “anti-Israel activists” who claimed the event “sports-washed” Israel’s Human right record.

Ultimately, the race went ahead as scheduled and every team selected for the Giro took part, including two teams of Arabic ownership, the Bahrain-Mérida team, and the United Arab Emirates team.

When Nissany was signed for Williams Adams commented, “The idea of seeing the Israeli flag on the car and Roy being beamed to 350m to 400m television viewers every couple of weeks is going to be quite something,”

“My projects are reaching over the media to reach people, regular people, and just show them the country,” he continued. “[We want to] say, ‘Look, there we are, this is what we are: in a rough neighbourhood, a very open, tolerant democratic society and we do interesting things.”

So how realistic is the prospect of a race in Israel?

Well, there is the question of an FIA grade 1 circuit to hold a race on. To this end, Israel’s first racetrack was constructed in 2018 named Motor City in Hatzerim near the city of Beersheba in the Negev desert of southern Israel.

So not the first F1 race to be held in a desert.

The circuit is an Italian designed 2.1- kilometre track which complies with F3 standards and has been built to allow expansion to a 4.5-kilometre track to meet F1 standards.

The money to construct the circuit may well come from Adams who has a track record (no pun intended) of philanthropy as witnessed by his multiple donations to sports and educational activities in Israel.

Israel has a fan base demonstrated by the Jerusalem Formula roadshow held in the city of Jerusalem 2013 and 2014. Over a dozen international known racing teams participated, including cars from Ferrari, Porsche, and Audi.

More than 300,000 people attended the two-day event. Although the event is free of charge, the race angered many Jerusalem residents, who saw the motor event as a hassle and a waste of money.

The race was postponed in 2014 due to the Boycott, Divestment, and Sanctions (BDS) movement as well as US criticism over Israeli construction in the Givat Hamatos neighbourhood.

So, will Liberty Media take F1 to Israel ignoring the undoubted protests and instead be tempted by the lure of Israel’s cash?

Well, they are no strangers in Israel as they majority own Liberty Technology Venture Capital an Investment fund focused solely on yes you guessed it….. Israeli technology companies!

[Note: The opinions expressed on this website are those of the author’s and do not necessarily reflect the opinions of the publishers.]