Stroll: I was a little emotional 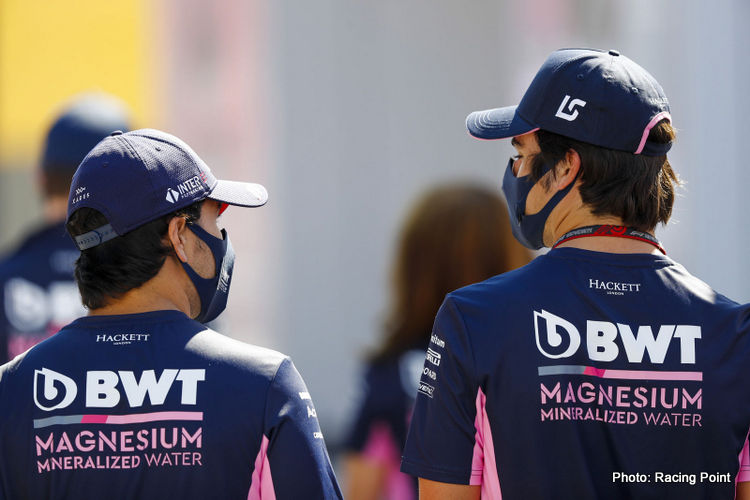 Racing Point’s Lance Stroll says he will sincerely miss having Sergio Perez as a teammate, with the Mexican set to make way for Sebastian Vettel next year.

A story months in the making, Perez had long been rumoured to have been deemed expendable with four-time Formula 1 world champion Sebastian Vettel departing Ferrari at the end of the 2020 season, and that indeed proved the case with an official announcement from Racing Point yesterday.

Stroll, who is the son of team owner Lawrence, has driven alongside Perez since the start of the 2019 season, and admits he was affected by the news.

“I was a little emotional. we’ve been through a lot over the last 18 months,” he said on Thursday.

“I think it’s been incredible to work alongside Checo and I’ve learned a lot from him and this year, it’s been a lot of fun, [we’ve had] a good car to race together.

“There’s still a long season ahead of us, it’s not done yet, so that’s exciting and an opportunity for both of us to score some good points over the next half of the season and try to finish third in the constructors’ [championship].”

At the same time, Stroll indicated he was looking forward to forging a new partnership with Vettel.

“As far as Seb coming to the team, I think it’s a very exciting opportunity for the team, he’s got a tremendous amount of experience and he’s a very successful driver. So it’s very exciting.”

Set to be rebranded Aston Martin in 2021, Vettel’s entry is being taken by many as a sign of the lofty ambitions the team holds. Accordingly Perez, who has scored five podiums and 486 points in his time with the Silverstone outfit, will now have to look elsewhere.