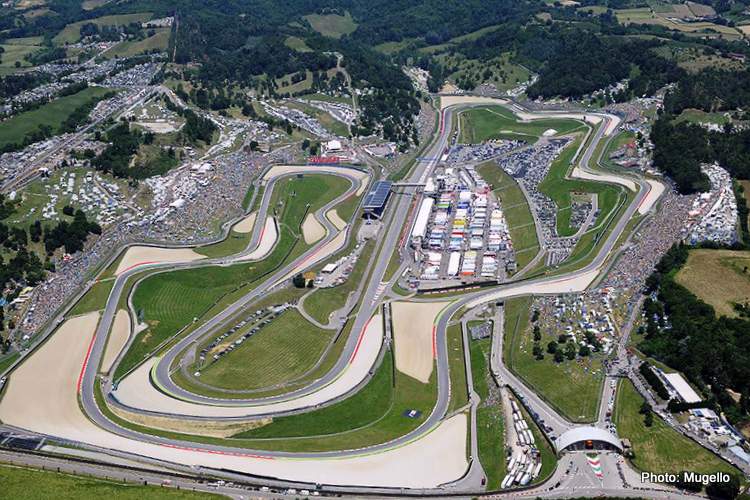 Lewis Hamilton can chalk up another Formula 1 first, and rain on Ferrari’s parade, in Italy this weekend at scenic Mugello – a circuit better known for MotoGP thrills and throngs of Valentino Rossi fans.

Ferrari have had little to celebrate this year, however, and travel south from Monza after their worst performance there since 1995.

Sebastian Vettel, soon to be announced as a Racing Point driver for 2021, and Charles Leclerc both retired last weekend and Ferrari are sixth overall and heading for their worst season since 1980, when they ended up 10th.

“The track has a very long straight, but it´s not super fast like the past two we raced on and so it should be a bit better suited to our car,” said Leclerc.

The Italian Grand Prix at Monza produced a huge upset with AlphaTauri’s Pierre Gasly taking his first ever win while Hamilton, who led from pole before a penalty dropped him to last, finished seventh.

Normal service should be resumed this weekend with six-times world champion Hamilton, who has a 47-point lead over Mercedes team mate Valtteri Bottas after winning five of eight races, keen to clinch his 90th career win.

Had Hamilton won at Monza, the Briton would have been in the frame to equal Ferrari great Michael Schumacher’s all-time record of 91 but that milestone will have to wait.

Last year there was not a circuit on the calendar that Hamilton had not won at but now, with COVID-19 ripping up the schedule and F1 forced to find replacements, there are several and Mugello is first up.

Seven of the current drivers have driven there before, notably at a 2012 test, although not Hamilton who has only experienced it in the factory simulator back at Brackley.

Mercedes team boss Toto Wolff said he was excited to step into Ferrari’s backyard and see what the first new track of the year held in store.

Those with direct experience of the challenging high-speed, high G-Force layout which usually hosts the Italian motorcycle grand prix, suggested the whole grid would be in for a treat.

“The layout is absolutely outstanding. The region, first of all, it´s beautiful, and then the track is built in such a way that you go up and then down a little bit. It´s very fast, there aren´t any low speed corners,” said Haas’s Romain Grosjean.

“The two Arrabbiatta corners are absolutely outstanding. I think with the 2020 cars it´s just going to be bloody awesome.”

Ferrari will race in a burgundy retro livery to mark the occasion, with Schumacher’s son Mick driving the German great’s 2004 car in a demonstration run ahead of the race.

Mercedes will also be paying tribute with the safety car they provide painted Ferrari red instead of the German marque’s usual silver.

For the first time this season there will be a limited number of paying spectators, with 2,880 trackside fans allowed in daily.

Some statistics for Sunday’s Tuscan Formula One Grand Prix at Italy’s Mugello circuit, the ninth race of the 2020 season: