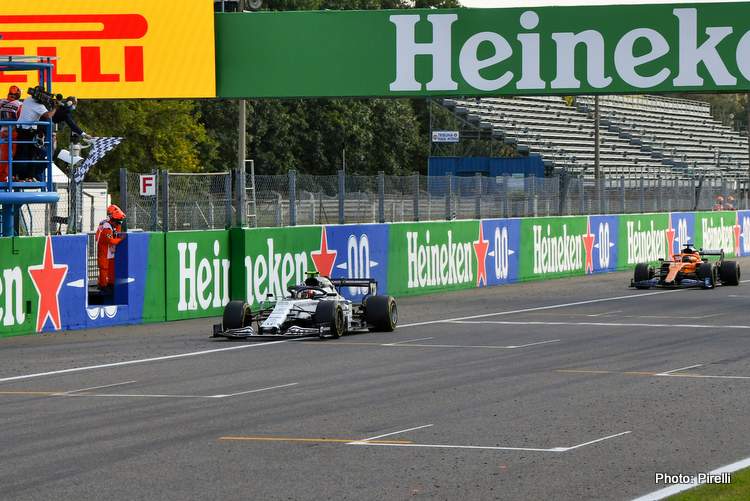 Pierre Gasly was the sensational winner of the 2020 Italian Grand Prix, a topsy-turvy race that will go down as the biggest upsets in the modern era of the sport, with McLaren’s Carlos Sainz second and Lance Stroll claiming third for Racing Point on a crazy afternoon.

AlphaTauri love Monza! The team that was once MINARDI, and Toro Rosso when Sebastian Vettel won here in 2008! Now they have done it for a second time at the Temple of Speed while the storied home team – Ferrari – imploded cruelly.

Gasly benefitted from the first safety car and then shortly after the red flag stoppage, but when things sorted themselves out after a frantic restart, he led on merit and a little luck but was kept honest by an inspired Sainz as well as hard-charging Stroll.

The McLaren driver gave it all in the final laps but the AlphaTauri driver had all the answers on the day, it was a riveting game of cat and mouse to the finish.

Three upwardly mobile young guys at the top of their game stole the show today. The new faces on the podium, the manner of the race, the occasion, was exactly what Formula 1 needed at a time of relentless Mercedes dominance amid the Ferrari downfall.

Sadly the trio of deserving Young Guns were denied the unique experience of celebrating atop the heaving masses that descend on the pitlane and start/finish straight after each race to rejoice the podium finishers. Instead, it was an empty Monza that greeted their finest hour.

However, there was history made, it was the first time since the 1996 Monaco Grand Prix when Olivier Panis triumphed, that a Frenchman has stood on the top step of the podium. While it was the first non-big three-team winner of a Grand Prix since 2013.

Two of F1’s young stars, charging to the chequered flag in pursuit of that first win 🏁🏆

Delighted, Gasly said afterwards, “Honestly it’s unbelievable.  It was such a crazy race and we capitalised on it. I’ve been through so much in 18 months, I struggle to realise this.

“I’ve got no words. This team has done so much for me, now they’re giving me my first win. It’s an amazing day. It’s been so long since another French winner! I never expected but this, I’m so happy!”

In sheer contrast, it was a proper nightmare for Ferrari in a race in which first Sebastian Vettel suffered brake failure on lap six at the end of the star/finish straight, with no stopping power his Ferrari speared through and disintegrated the styrofoam chevron boards.

Not long after Charles Leclerc crashed heavily exiting Curva Grande. Perhaps pushing too hard, the Ferrari driver got on the gas a tad too early, the cumbersome SF1000 got nervous and lost its tail. The Red Car slammed the barrier hard enough for it to need repairs. Hence the stoppage.

Cars will line up in the pit lane in race order#ItalianGP 🇮🇹 #F1 pic.twitter.com/uS5RLkQA44

Before that, from the start, pole winner Hamilton dominated proceedings by powering into a lead at around seven-tenths of a second per lap until the incident.

The World Champion was a dozen seconds ahead before the 20-lap-mark and looked to be cruising to victory with McLaren duo Sainz and Norris gamely chasing, after Valtteri Bottas fluffed his startp.

But fate had a very different script in-store.

They will both serve this when racing resumes#ItalianGP 🇮🇹 #F1 pic.twitter.com/BYFxWAi22D

The #44 Mercedes driver was in hot water for pitting when the pit lane was closed; stewards handed him a ten-second stop-and-go which really stirred up the order. He took it on the chin after driving from stone last on track to seventh place when the chequered waved.

And admitted afterwards, “I take responsibility for not seeing those boards. I am delighted to take points after being 20+seconds off the back of the field.”

Credit for the F1 World Champion who was gracious in defeat, seeking out Gasly after the race to give him a congratulatory hug, adding in his interview, “Huge congratulations to Pierre, it is a fantastic result for him and to see him recover and grow.

“It wasn’t meant to be for me today, but what doesn’t kill you makes you stronger. I actually enjoyed that bit of a battle, coming back up through the pack. I am delighted to take points after being 20+seconds off the back of the field.”

The McLaren renaissance continues unabated, and how ironic it was for Ferrari-bound Sainz to finish second and score his best result to date in F1 at the home race of his future team. While big brownie points for Zak Brown, Andreas Seidl and the team they built guiding the team back to where they belong. Bravo!

Thank you to EVERYBODY who gave us their support today. What a race! #ItalianGP 🇮🇹 pic.twitter.com/V1bnMUDxTF

Sainz reported, “It’s incredible I’m disappointed with P2! We were very very close. It’s what we deserved. We had a bit of bad luck with the red flag but we’ve been super quick all weekend so I’m happy. Especially getting back from P6 to P2, we need to be proud of that, and proud of the pace with the car.”

It feels odd to write that Stroll was the best of the Mercs on a day the World Champions without silverware and revealing that no matter how potent the Mercedes W11 is, it only likes to lead from the front, cutting through the traffic was not as plain sailing as expected.

Lance summed up, “I’m happy to pick up third, it feels good to be back on the podium. I’m so happy for Pierre, he deserved it. It was mine to lose but I had no grip at the start and everyone flew by me. It’s bizarre, you’ve got to reset, we’re not used to that intermission.”

Fourth place went to yet another Young Gun, McLaren’s Lando Norris again impressive, crossing the line fourth with the top three in his sights.

Mercedes number two Bottas may have compromised his race on the warm-up lap when his Mercedes bounced over the Monza kerbs during an off-track excursion; then he fluffed the start, quickly gobbled up by the pack, perhaps his Merc suffering damage from the argy-bargy.

The pit lane is open!

Nevertheless, a useful points haul for the Finn in the light of Max Verstappen’s DNF and Hamilton finishing seventh.

It was a strong weekend for Renault, with strong showings in qualifying and four cars in the top eight on Sunday indicating a good step-up for the French PUs; Daniel Ricciardo was sixth with teammate Esteban Ocon eighth.

Daniil Kvyat was no match for his winning AlphaTauri teammate, the Russian again outclassed this weekend by the Frenchman but still good for ninth, better than the Red Bull brothers.

Sergio Perez, at one stage up among the leaders and looking good for a podium, had to settle for 10th but made it a double points haul for Racing Poiint.

Notably, while the man he replaced at Red Bull mid-2019 won the race, Alex Albon was only good for 15th, bringing to an end an error-strewn weekend, including a wild first lap that caused damage to his car and a time penalty.

All of which is sure to have his paymasters thinking seriously about another swap between one driver in remarkable form and another out of his depth and drowning.

Final word to AlphaTauri team principal Franz Tost, “Gasly is very motivated, he was when he came back from Red Bull. He proved his performance from Spa onwards, and today he drove a really brilliant race. He controlled it.

“When Carlos came closer he improved his speed, this was really good. If we lose him [to Red Bull], it means the team’s done a good job. I’m currently quite optimistic Pierre will stay with us. There will be no party though!” 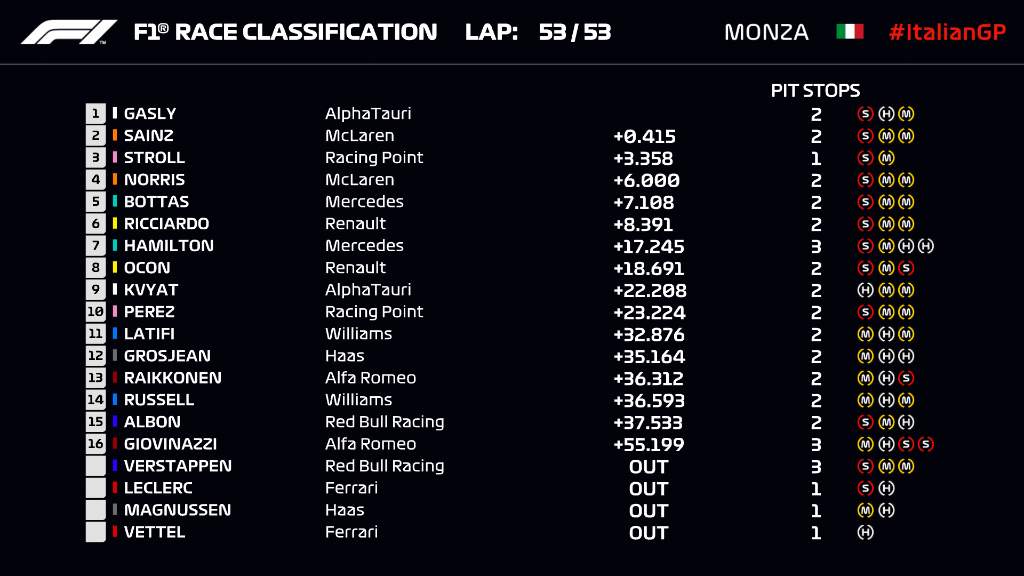 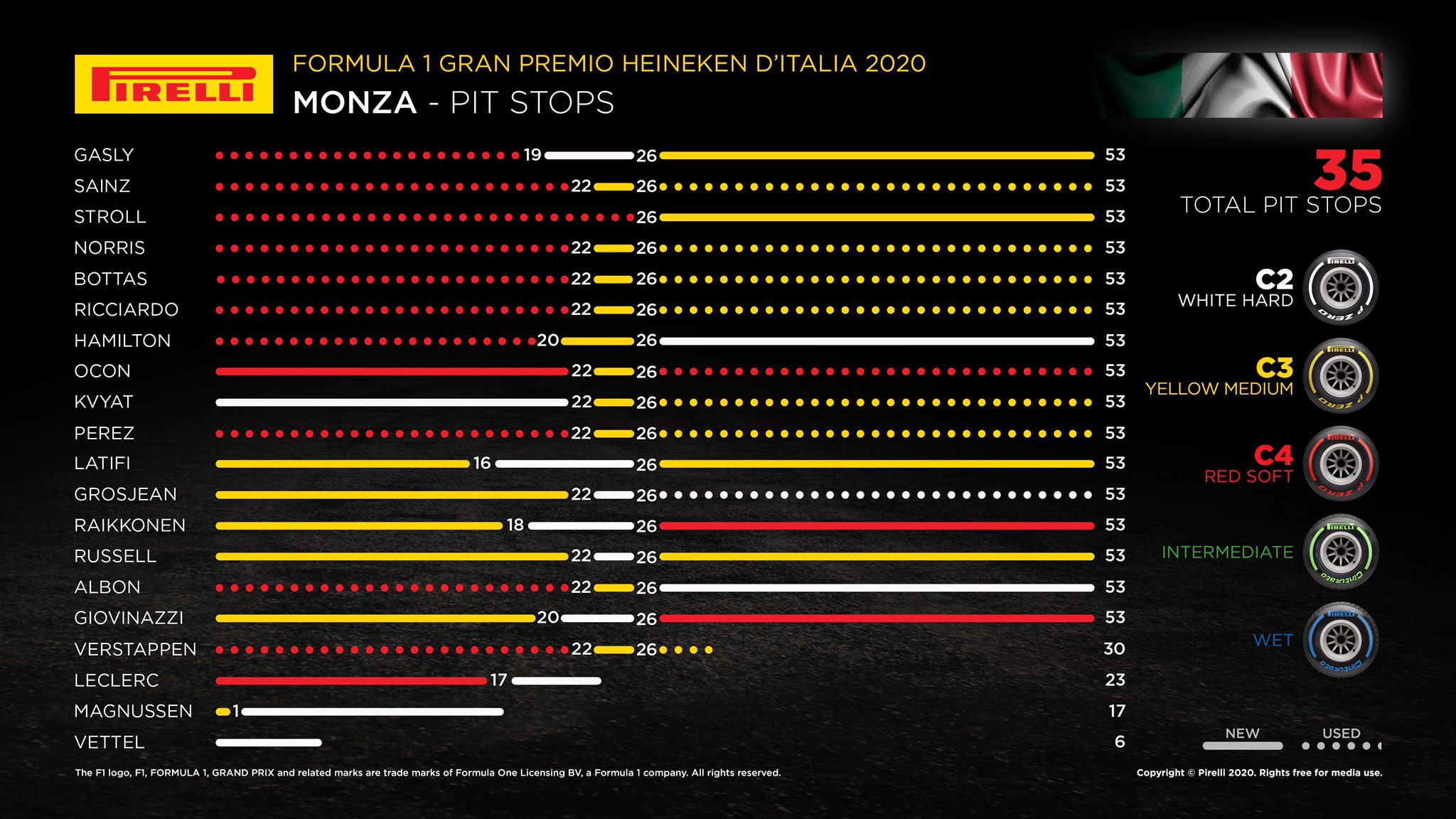 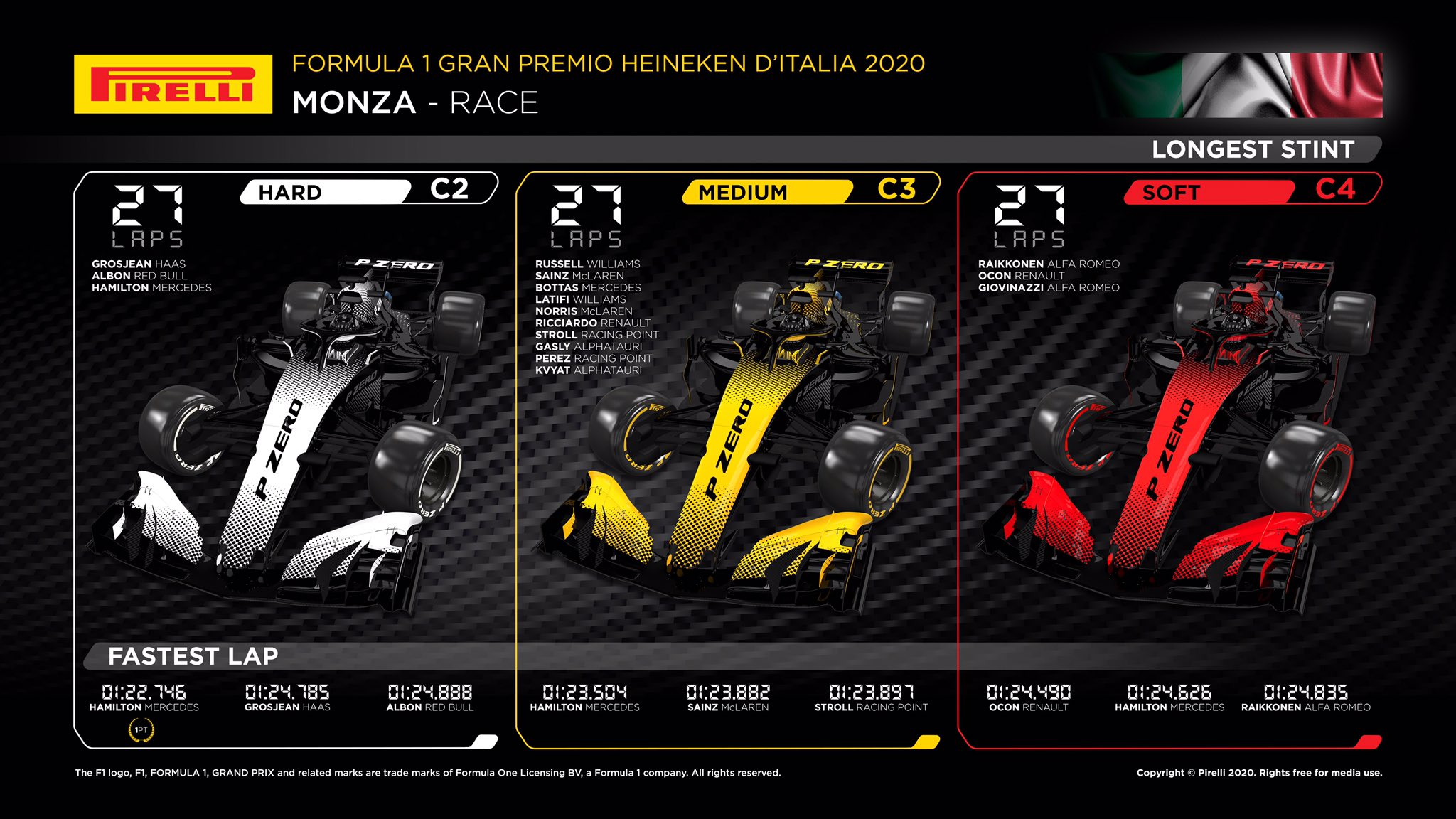 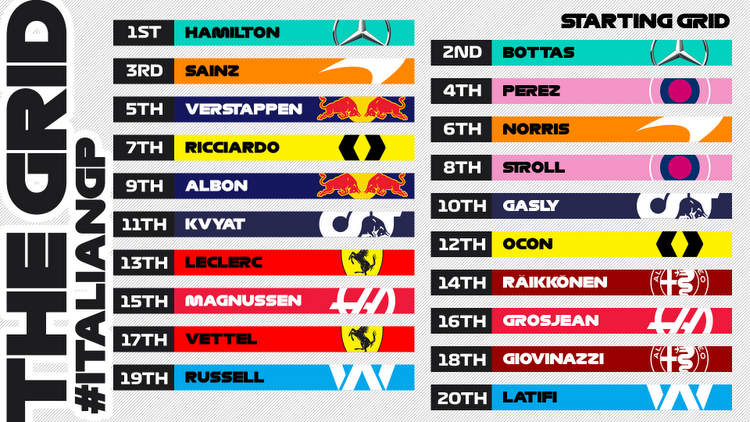