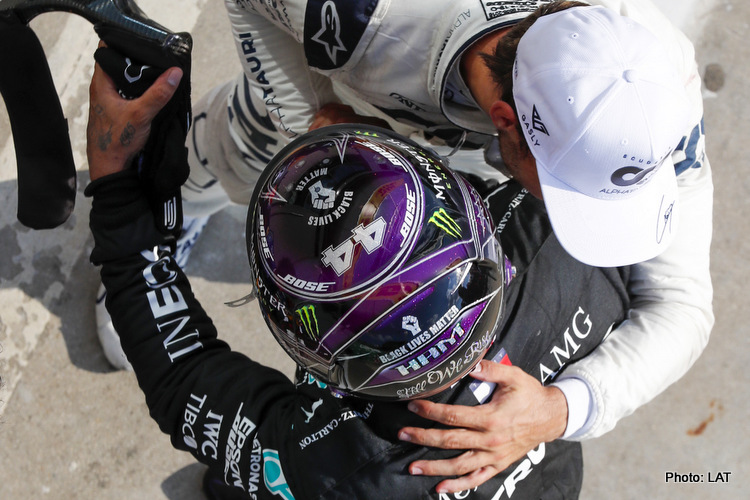 Six-time Formula 1 world champion Lewis Hamilton has commended AlphaTauri’s Pierre Gasly for his win in the Italian Grand Prix, while suggesting Red Bull made a mistake in dropping the Frenchman.

Gasly, who started his F1 career with what was then Toro Rosso in 2017, was promoted to the senior team in 2019 before being demoted after 12 races for poor performance.

Since then, the Frenchman has enjoyed a remarkable turnaround in his form, and Hamilton – who had previously taken a veiled shot at Gasly when he was still with Red Bull – says he has been mistreated by his employers.

“Pierre is just a really nice guy and he has a lot of talent and I don’t think he was necessarily treated fairly at Red Bull when he got demoted,” Hamilton explained to reporters on Sunday.

“It’s not easy for a driver when that happens, so I empathise with that. To then build the confidence up in a not-as-quick team and then come around with some really great performances he’s had this year already with that car and then to get a win, it is not easy.

“[I was] really impressed. He has done a fantastic job.”

Since returning to Toro Rosso/AlphaTauri, Gasly has outscored teammate Daniil Kvyat 75-14, while his Red Bull successor Alexander Albon has similarly struggled to keep-up with number one Max Verstappen, leading some to speculate it is the second car, and not the driver that is the problem at the senior team.

In any case, Gasly said afterwards he is ready to make his Red Bull return, with Hamilton indicating the team had little choice but to take notice.

“He deserves the success and hopefully that creates an opportunity for him. Also, he beat the team that demoted him, so it’s gonna hurt for them,” he said.