Barcelona FP2: Mercedes too good with Hamilton in charge 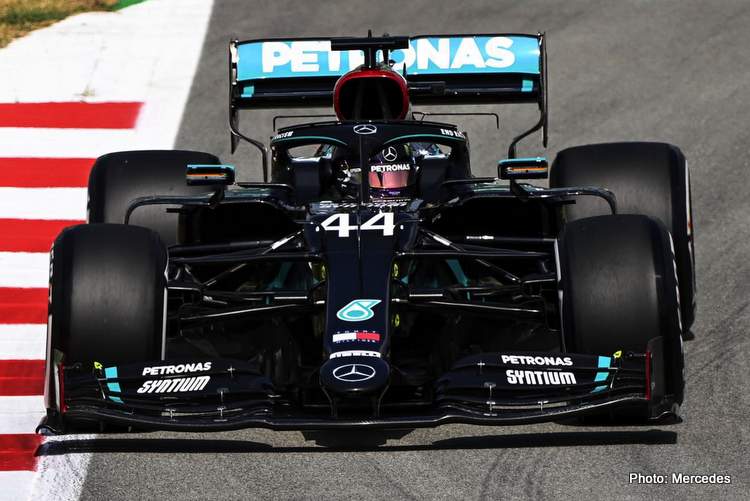 Mercedes continued to hammer home their pace advantage, knocking the daylights out of their rivals in both free practice sessions on the first day of the Spanish Grand Prix weekend in Barcelona.

In the afternoon FP2, Lewis Hamilton took command after being narrowly beaten by his teammate in the morning practice. The World Champion’s best effort of 1:16.883 was 0.287 of a second faster than Valtteri Bottas in the other Black Arrow.

Indications are that Mercedes are handling the tyre temperatures better and as a result are around a second up on the rest, their main strength being the last sector where Ferrari lose up to seven-tenths alone on the black cars.

Merc might be thinking that attack may just be their best form of defence after Max Verstappen ambushed them at Silverstone on Sunday with a slower car but better tyre management. Again the Red Bull driver was closest with the third-best time, although down eight-tenths on the top time.

The Renault powered brigade were somewhat subdued in the morning, with the quartet out of the top ten in FP1 but the ammo was unleashed later in the day with Daniel Ricciardo impressing with the fourth-fastest time, which was a tenth and a bit down on Max but half a second up on Esteban Ocon down in ninth.

Romain Grosjean, also gave a good account of himself, ending the day fastest of the Ferrari posse, the Haas in the zone all day ended fifth, a hundredth of a second up on Charles Leclerc in the real Ferrari and over half a second up on teammate Kevin Magnussen in 16th.

Sebastian Vettel looked closer to his teammate in the morning stanza but by the afternoon was a quarter of a second down on Charles in the sister car, only good for 12th on the timing screens for the under pressure German.

McLaren’s Carlos Sainz was ninth, well better than an out of sorts Lando Norris in 14th, three tenths shy of his teammate.

Pierre Gasly rounded out the top ten for AlphaTauri, again quicker than Daniil Kvyat whose effort was only good for 15th but, more noteworthy, Pierre was quicker than Red Bull’s Alex Albon who, in turn, was 13th but a massive three-quarters of a second down on Max.

Williams were back down to rock bottom with Nicolas Latifi and George Russell at the foot of the timesheets, well over two seconds down on Hamilton’s table-topping effort. 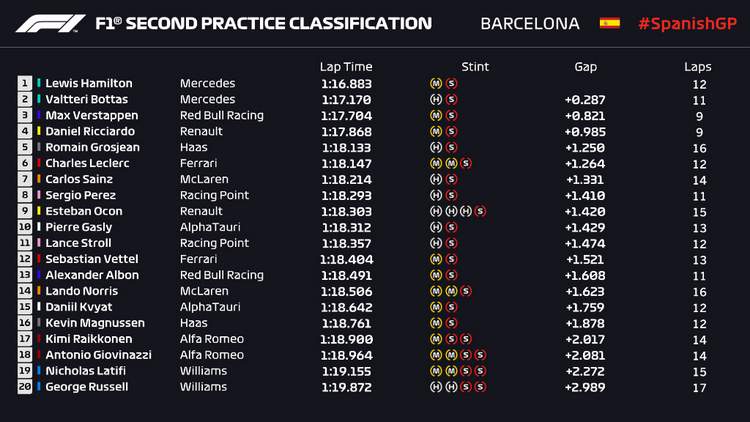