Binotto: We can improve but gap to Mercedes is huge 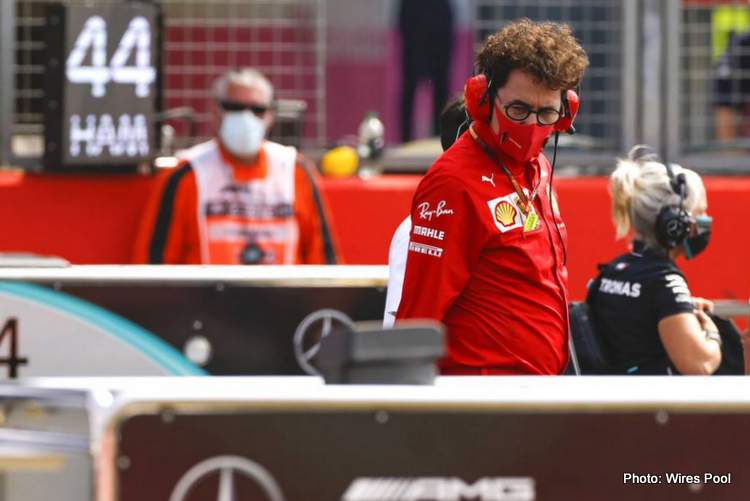 While credit can be given to Ferrari boss Mattia Binotto for tempering expectations, the fact that he is content if they can finish second in the 2021 Formula 1 World Championship is hardly the forecast Tifosi are seeking in these times.

And, if everything goes according to plan, they will bounce back in 2022 and [perhaps?] hope that their rivals aka Mercedes and Red Bull do not again jump higher.

Furthermore, of course in F1 seldom do things go according to plan, had they the Scuderia would not now be talking about making a plan to come back from the midfield abyss they have slipped into.

The strong limitations on development imposed until the end of 2021 to limit costs as much as possible, coupled to the crippling lockdown period faced in recent months, makes it difficult to foresee a simple route to the top… This seems to be the message from top to bottom at Maranello.

Binotto is quoted by FormulaPassion, “As recently explained by president John Elkann himself, at Maranello we are already looking carefully at the new technical regulation which are postponed to 2022, but we will still try to optimize the current package both this season and next.

“We have to respect limits that cannot be exceeded. We can work on the engine in view of 2021, this is a start, but the number of hours on the test benches is limited. In general, we will have fewer opportunities for development than we would have had in a situation of total freedom.

“The aerodynamic development areas are free, but here too the hours of use of the wind tunnel have been reduced, so it is not easy to fill the gap for a team that he is behind. We believe we can improve, but I think its wrong to focus to try beating Mercedes because the gap is huge.

“For this reason, a concrete goal could be second place in 2021,” concluded Binotto.

How big the gap is right now is anyone’s guess, but it would not be far off to suggest that Ferrari are lacking about one second per lap at a place like Silverstone.

In qualifying the deficit might even be north of that, thus no surprise the Red cars have been lapped on more than one occasion this year by the Black ones and the pain will maintain.

One might even be tempted to ask, will Binotto still preside over the Scuderia in 2022?