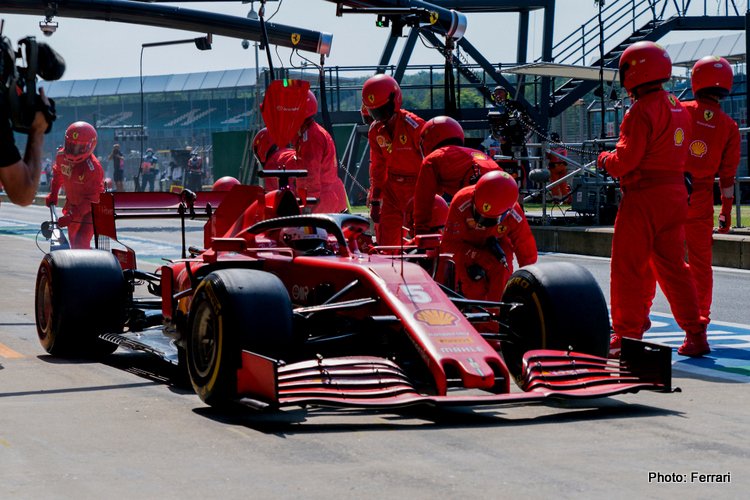 Ferrari boss Mattia Binotto says his team would be open to giving Sebastian Vettel a new chassis in an effort to turn-around the four-time Formula 1 champion’s flagging fortunes.

Vettel, who is leaving the Scuderia at the end of the 2020 season, was significantly off the pace of his teammate Charles Leclerc over the past two races at Silverstone, finishing 10th and 12th to the Monegasque’s 3rd and 4th.

With both team and driver unable to explain Vettel’s issues, Binotto was asked after Sunday’s race whether a new chassis could be the solution.

“It is something which we haven’t discussed [yet],” he said. “That’s part of the discussion we have within teams. I think we are open if it is something that may help. Why not?

“I think whatever we can do to help is important for us, for Sebastian, and I think from a team point of view and a driver point of view, to try to make better in the next races.

“It is important, so [I am] open to do it. I will leave it to the driver and the team to discuss and decide.”

From Vettel’s side, such a move is likely to be welcome given the tension he is feeling within the team.

After Saturday qualifying, the German said he was “going up against a wall” in trying to sort out his car’s issues, and that frustration seemed to boil-over in the race when, after a costly first lap spin, he blasted Ferrari’s strategy for all to hear on team radio.

“It is in the gap that we didn’t like. We spoke about it this morning. I’ll hang in there, but you know that you’ve messed up,” he told the pit-wall.