Vettel: I feel like I’m going up against a wall 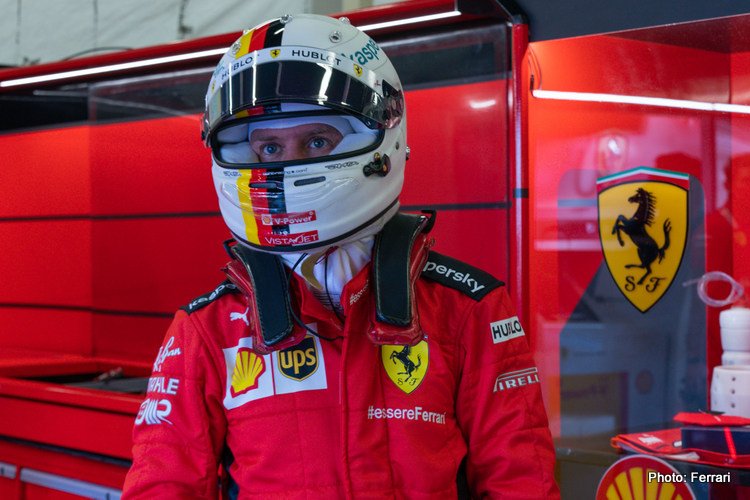 Ferrari’s Sebastian Vettel says he has no explanation for another disappointing performance in qualifying for the 70th Anniversary Grand Prix on Saturday.

Having finished sixth at the Hungarian Grand Prix after qualifying fifth, Vettel seemed to be on an upward trajectory heading into the two rounds at Silverstone, but has since experienced nothing but disappointment.

Last week, he finished where he started in P10 while teammate Charles Leclerc ended-up on the podium, while yesterday he could only manage P12 while the Monegasque was three-tenths faster and reached Q3, ultimately qualifying P8.

Throughout both weekends, Vettel has been saddled with reliability problems, and by his own admission unable to find a balance with the car.

“We’ve tried a lot of things and I have to compliment my team on the work they’ve done,” he told Sky Sport Italia. “This weekend I feel a bit better in the car than I did last weekend, but looking at the stopwatch you can’t see the difference.

“I feel like I’m going up against a wall. I don’t think there is any more potential in my car.

“Being 12th is disappointing and having this gap to Charles also, but as I said, I am doing everything I can and I don’t think the car can do more than it did today.”

Pressed further on the issues plaguing him, Vettel refused to make excuses and re-iterated that his Ferrari SF1000 just didn’t have the performance.

“We are in the same position compared to last week, nothing has changed,” he explained.

“Everyone is pushing and giving their all, but it seems like there is something we just can’t change.

“If I’m honest we’re in this position because we’re not fast enough. We have been clearly beaten by those in front of us.

“It’s not a question of bad luck or anything. Tomorrow it will be difficult to bring home points but we will try to do our best. We’ll see what we can do.”

A small consolation will be that Vettel starts Sunday’s race in P11, after Renault’s Esteban Ocon received a three-place grid penalty for blocking the Williams of George Russell.