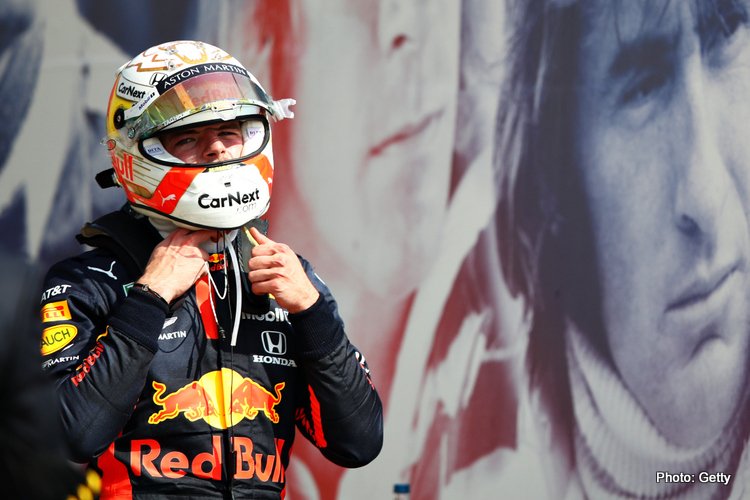 Verstappen’s win for Red Bull lifted him to second in the championship after five races, behind six-times champion Lewis Hamilton, and ended Mercedes’ run of domination.

“Max was simply sensational at Silverstone. He reminds me of Michael Schumacher in many ways. When you listen to his radio, he’s clearly got spare capacity,” said Brawn, now F1 managing director for motorsport, of the Dutch driver.

Sunday’s win was the ninth of Verstappen’s career.

The 22-year-old, whose father Jos was once a team mate of Schumacher’s at Benetton, was already the youngest winner in F1 history.

“The limit of the car is not the limit of Max Verstappen,” said Brawn on the official F1 website.

“He is able to feel the subtlety of the car and respond perfectly. I remember Max’s early days in Formula 1 where his speed was clear — he has now matured into an exceptional racing driver.

“I loved his radio, particularly when he said he didn’t want to ‘drive like a grandma’ when the team asked him to manage his tyres. It shows huge confidence and a relationship in the team, which is very strong.”

Nico Hulkenberg also made his mark as a stand-in for Racing Point’s Sergio Perez after the Mexican contracted COVID-19.

The experienced German, dropped by Renault last year, started third and finished seventh but Brawn revealed how different the German’s career might have been.

“I almost signed him years ago, when I was in charge at Mercedes. If Lewis hadn’t joined Mercedes when he did, Nico was our next choice,” he said.

“I’ve always respected Nico enormously as a driver. He’s a very strong driver who should be in Formula 1.”