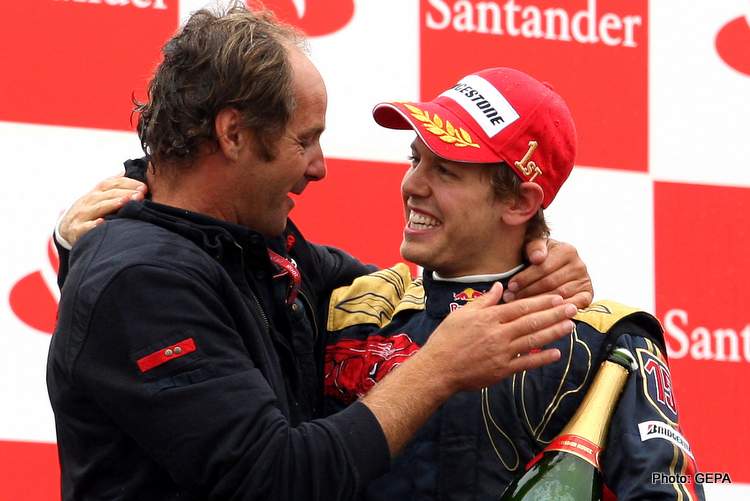 Ferrari’s Sebastian Vettel would be better served by retiring than making the move to Racing Point, says his former boss Gerhard Berger.

A veteran of 210 grands prix with 10 race victories, Berger was half-owner of Toro Rosso (now AlphaTauri) when Vettel raced for them from 2007-08, and helped shape the German into a driver who became a four-time Formula 1 world champion.

However with his tenure at Ferrari over at the end of 2020, Vettel has been forced to look elsewhere for a drive, and while a switch to Racing Point is believed to be all-but-guaranteed at this point, Berger thinks the 33-year-old has nothing left to prove.

“Sebastian is a four-time world champion four times and survived everything well,” he told Sportbuzzer. “My advice would be to retire.

“On the other hand, I know Sebastian very well. He is a thoroughbred racer, he wants to win races again. Racing Point is well suited for this at the moment.

“They have a car that Perez or Lance Stroll can put on the podium. I would say that a driver of the caliber of Sebastian would clearly be on the podium and maybe even beat Mercedes or at least play a role up front.

“It would be a much better situation than the one he finds himself in at Ferrari. So that’s a realistic alternative – and I would totally understand if he took this step.”

As to the plight of Vettel’s current team – one Berger himself drove for from 1987-89, and again from 1993-95 – the Austrian suggests they have a difficult path ahead of them.

“I saw it coming,” he said of their downturn in 2020. “If you were running in the past year an engine that was not within the regulations, and then take a closer look, you automatically always fall behind.

“The time you gained is lost time. You then must catch up in development. It will therefore take some time before the lag in performance levels out.

“Ferrari lost a second, that’s 50 to 60bhp. Before that, however, they weren’t ahead of Mercedes in terms of performance. So you are looking for 70 to 80hp.

“At that level, it’s an incredibly hard job. It will be a year or two of work.”