Albon: Still a lot of positives despite crash 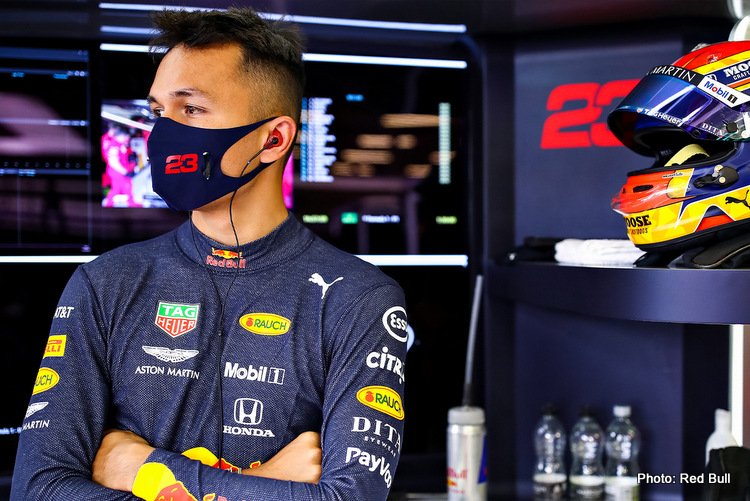 Red Bull’s Alex Albon believes the team have made some progress this weekend, and his accident in FP2 shouldn’t halt that.

The Red Bull duo placed first and fourth in FP1 on Friday morning and clocked 51 laps between them.

It was Verstappen at the top in FP1 but Albon took the top spot in FP2 despite a hefty crash at Stowe corner, cutting his day short.

“There are a lot of positives to take from today despite the incident at the end of FP2,” Albon said.

“I’m fine and it wasn’t that bad. The rear just went away quite quickly and I struggled to correct it. I thought I caught it and then I just got sent into a tank slapper. We’ll have a look at the data and see what happened there. ”

The team were testing some new components in FP1, hoping to close the gap down to Mercedes.

“As a Team though I think we’ve definitely made a step. We expected worse coming into today but the car feels good and it was hooked up straight away from the first lap in FP1.”

Albon doesn’t want to get ahead of himself, knowing that the Mercedes ‘are hiding a lot’. Although he is expecting to still be chasing the reigning champions in qualifying, the better balance and knowledge of the RB16 as well as the cooler temperatures will play in their favour.

Looking at the timing sheets, Verstappen’s FP2 didn’t seem too impressive. The Dutchman was blocked on his fast lap and subsequently focussed on race runs.

Verstappen said: “There are of course still things that we can improve and on a Friday you don’t know what the others are doing.

“We will keep working but overall the car looked and felt better today. On the long runs we also looked quite decent.

“Overall, I would say it was a positive day but we will see where we really are tomorrow.”

Coming into the weekend, Red Bull were hoping to be half a second off of the Mercedes’ pace in qualifying. As it stands, they appear to have the edge but Mercedes are yet to show their hand and crank up the power.