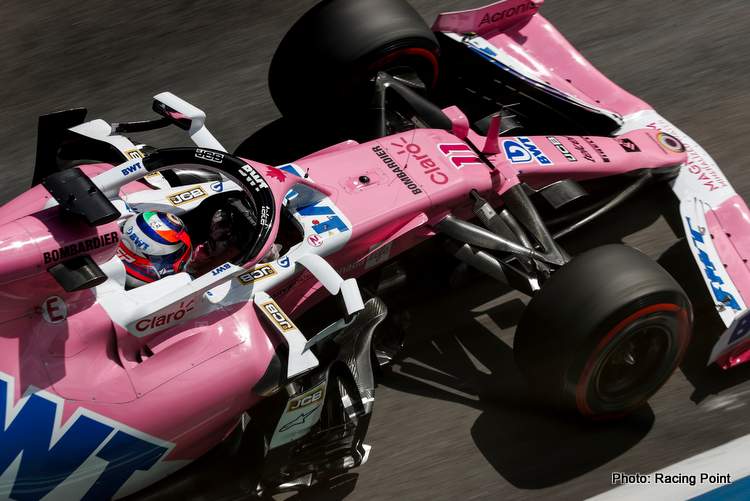 Controversy erupted after the Styrian Grand Prix on Sunday afternoon at Red Bull Ring when Renault lodged a protest against rivals Racing Point.

Which states that “a competitor shall, in respect of the Listed Parts to be used in its cars in Formula One, only use Listed Parts which are designed by it.”

Suggesting Renault have information on parts that are not listed, or a blind hunting expedition. Either way, they are not alone in questioning the close resemblance of the two cars in question. A protest was expected at the first season opner in Melbourne earlier this year, but the race was cancelled.

The protest was directed at the cars of both Lance Stroll and Sergio Perez after they had finished sixth and seventh respectively in the race. Renault’s Daniel Ricciardo was eighth, just shy of the pink pair as they crossed the line, while Esteban Ocon retired with a problem.

The ‘Pink Mercedes’ as the Racing Point RP20 has been dubbed, has a remarkable resemblance to the Mercedes W10 of last year.

Sky report that “Renault have alleged several rule breaches in their submission to the stewards” and have filed the following protests: 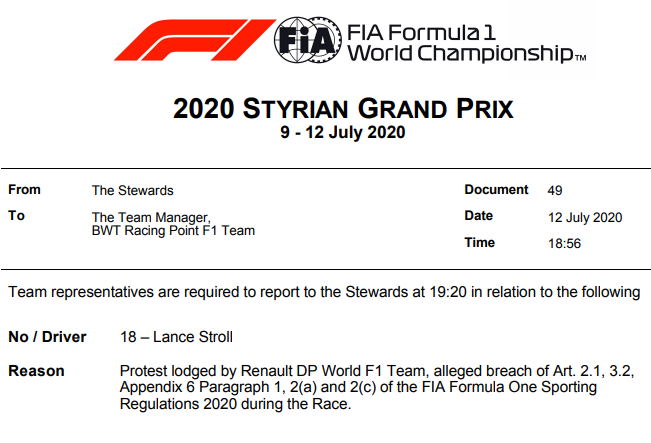 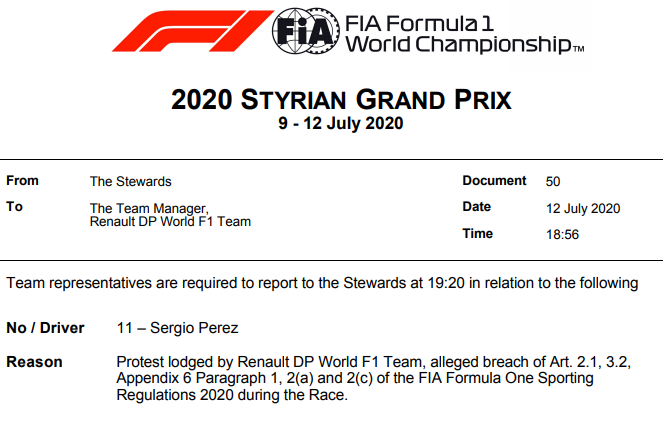