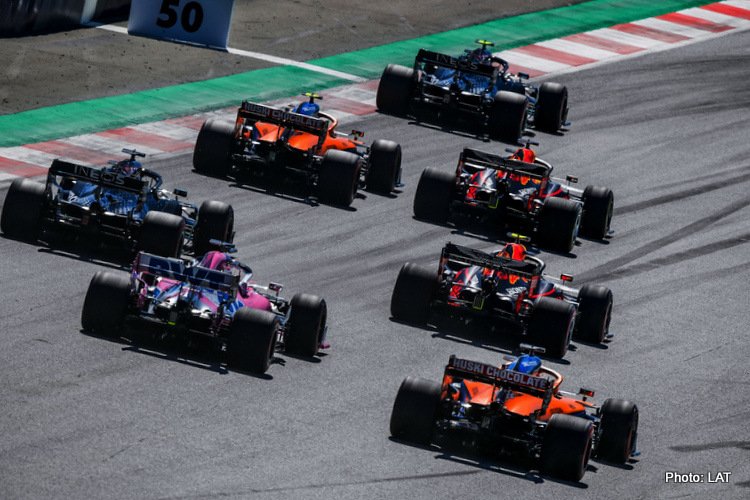 Having been made to wait for Formula 1 racing since early December last year, the first Grand Prix of the 2020 season at the Red Bull Ring in Austria did not disappoint.

While Valtteri Bottas took the win from pole position it was far from simple for the Finn, while the attrition rate behind him was perhaps a sign of the lengthy break the teams have experienced.

Joining Bottas on the podium were Charles Leclerc and Lando Norris who both produced brilliant performances to drag their cars to a result that at one stage looked impossible.

Without further ado, here are how the drivers rated.

A steady drive from Bottas who showed good pace to put himself on pole and defended well from his teammate, even if Lewis Hamilton perhaps had the edge on race pace. He then managed the vibration issues well and navigated a series of safety car restarts, but will know that Hamitlon and Max Verstappen are likely to come back stronger next weekend.

Showed excellent pace in race trim despite the obvious weaknesses of the Ferrari and will have been delighted to have capitalised so well on the mistakes of his rival teams and drivers. Made a couple of excellent passes on his way through the field and gave a reminder of what he can do.

Fantastic qualifying performance and held his own in the opening stages from third on the grid. Strategy and the safety cars definitely played into his hands, but the podium was only made possible because of a brilliant quail-esque final lap to keep Hamilton within five seconds.

Something of a weekend to forget for the six-time champion, Hamilton marginally lost out to Bottas in qualifying before facing a last minute grid penalty for not lifting under yellows. In race trim he looked the stronger of the Mercedes drivers and perhaps could have mounted an attack if it weren’t for the two drivers being told to stay off the curbs. The incident with Alex Albon looked clumsy and a penalty was perhaps warranted in the circumstances, but there was little he could do to avoid it.

One of a few drivers to be impacted by yellows on his second flying lap in qualifying, this was a quiet day for the Spaniard. Still looks to be slightly quicker than Norris in race trim and went wheel to wheel with his teammate on one occasion, but will be disappointed not to have been the one of the podium.

Started well and looked the most likely to be the midfield car to sneak onto the podium for much of the race. The decision to stay out on old medium tyres perhaps ruined his chances of a top three finish, but nonetheless a good showing from the Mexican.

Barely mentioned on the live feed, but this was a thoroughly impressive performance from Gasly. Seems to have found the knack of gradually picking up positions and capitalising on the mistakes of others and will have been really happy with this points haul.

Ocon was slightly disappointing in qualifying and certainly will hope to do better than 14th next weekend. However, he executed a solid race and took advantage of the attrition around him.

Another driver who really benefitted from the rate of attrition around him, two points is an excellent result considering where Alfa Romeo were early on in the race and in qualifying.

Has been very critical of the Ferrari underneath him and looked to be struggling to handle a car with the dreaded combination of not enough downforce and too much drag. His spin after making contact with Sainz was absolutely his fault though and without it, he could have been in contention for an unlikely podium.

Given the number of retirements around him, the Canadian will have been thrilled to finish his first Formula 1 race unscathed. Nonetheless, Latifi looks to be a way off his teammate in terms of qualifying and race pace.

Could have been in line for some points but suffered a suspension failure late on. Still some way off his teammate Gasly, but remains a solid midfield option.

An excellent performance and was in line for a win until the coming together with Hamilton. The British driver was given a five second penalty for his role in the incident, but Albon could have perhaps been slightly more patient given the tyre advantage he held over both Hamilton and Bottas.

Pretty anonymous until one of his tyres came off in a rather scary incident. The Alfa does not look to be particularly strong.

A really strong performance from the young Brit, who was ahead of Sebastian Vettel until he lost power and triggered the all important safety car. Much quicker than his teammate and will have been buoyed by Williams’ improvement on last year.

Made it into Q2 ahead of teammate Kevin Magnussen, but had an early off before a brake failure. Fair to say that Haas look to be in for another tough year.

Out in Q1 which will not have pleased him after such a brilliant qualifying performance here last season, his brakes failed before he really got going.

Better from the Canadian who made it to Q3 and then looked on for decent points in the race. Unlucky to be forced to retire, but this was definitely a positive showing from the oft criticised driver.

Comfortably ahead of the highly rated Ocon in qualifying and could perhaps of improved on his 10th-place start were it not for the yellow flags. Retired 17 laps in having lost a place to Vettel on lap one.

Bumped up onto the front row after Hamilton was given a grid penalty and was holding station in second well before his issue. Ahead of Albon all weekend and could have been a threat to the Mercedes with his medium tyres.