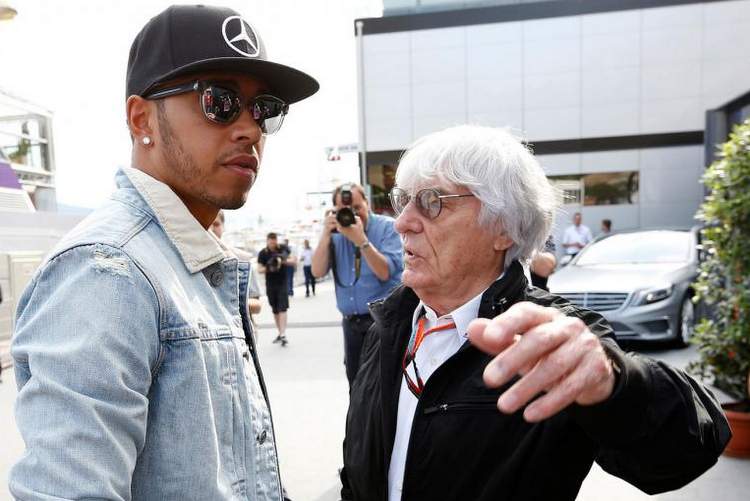 Lewis Hamilton has condemned Bernie Ecclestone for his “ignorant” comments about racism after the sport had distanced itself from the 89-year-old former supremo.

Ecclestone had earlier told CNN in an interview that “in lots of cases, Black people are more racist than what white people are.”

Formula 1, whose chairman Chase Carey announced on Thursday a personal donation of $1 million towards a foundation to promote diversity in the sport, responded with a stinging statement.

“At a time when unity is needed to tackle racism and inequality, we completely disagree with Bernie Ecclestone’s comments that have no place in Formula One or society,” it said.

“Mr Ecclestone has played no role in Formula One since he left our organisation in 2017, his title Chairman Emeritus, being honorific expired, in January 2020.”

Six-times world champion Hamilton, who has launched a commission to help motorsport engage more young people from black backgrounds, said the “ignorant and uneducated” comments highlighted “exactly what is wrong”.

“It makes complete sense to me now that nothing was said or done to make our sport more diverse or to address the racial abuse I received throughout my career,” added the Briton on Instagram.

“If someone who has run the sport for decades has such a lack of understanding of the deep routed (sic) issues we as Black people deal with every day, how can we expect all the people who work under him to understand. It starts at the top.”

Hamilton has criticised his sport for its initial silence over the killing of George Floyd, a Black man who died in Minneapolis last month after a white U.S. police officer knelt on his neck.

“I will not stop pushing to create an inclusive future for our sport with equal opportunity for all,” Hamilton said.

“I will continue to use my voice to represent those that don’t have one and to speak for those who are underrepresented to provide an opportunity to have a chance in our sport.”

Ecclestone, who made a fortune from the sport he ran for nearly four decades until he was ousted in 2017 when U.S.-based Liberty Media took over, said he was surprised Hamilton was concerned with racism.

“I’m really unhappy if he took it seriously,” he said.

“I’m surprised if anyone in Formula 1, certainly the teams and the people like the promoters, have any concern about (racism).”