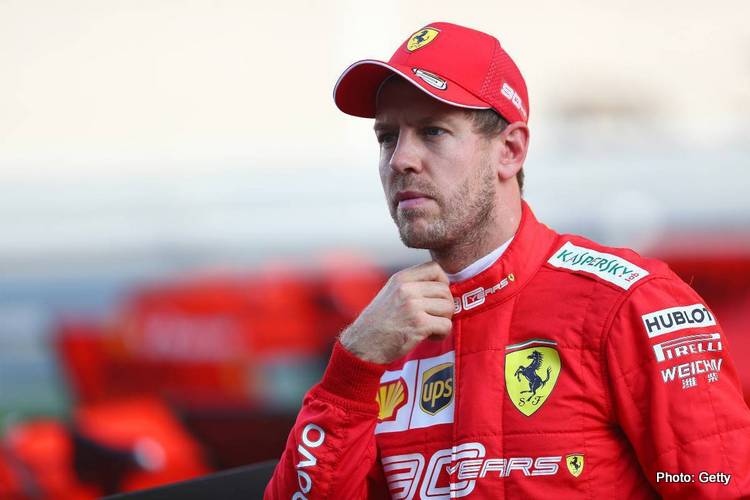 Sebastian Vettel has not made contact with Racing Point about a switch to the soon-to-be Aston Martin, says team principal Otmar Szafnauer.

A destination that has been floated as a potential landing-spot for the four-time Formula 1 world champion with him set to depart Ferrari at the end of this year, Vettel is known to have a close friendship with Szafnauer.

Additionally, the Silverstone outfit’s incoming factory-backing makes it a destination that could theoretically keep Vettel at the front of the grid, yet Szafnauer insists he hasn’t had discussions with the German.

“Seb and I have been friends for a long time, even before he was a Formula 1 driver I knew him, and ironically he hasn’t called me, so I haven’t had the conversation,” Szafnauer said on the F1 Nation podcast.

“I can’t speak for Seb but we all know what a great job he’s done. He won early on in the Toro Rosso which was fantastic, and four world championships.

“He’s had some great races and I think at his relatively young age of 33 he still has some good years left in him. But that’s not for me to say.”

Szafnauer then went on to reiterate his belief that his current drivers, both of whom have contracts through 2021, can get the job done.

“We’re really happy with our driver line-up and they’re signed up as well, they work well together,” he said.

“We’ve got Checo [Perez], who, on a Sunday is as good as anyone. He’s very calculated, very clever, good racer, looks after his tyres.

“Lance is much younger than Sergio and learning very quickly, but very, very fast. He has great starts, and when he’s in the thick of it, can race really well. And he’s learning.

“I think eventually Lance will overtake Sergio and having that combination of young and experience is perfect for us.”