Szafnauer: We prefer the drivers we already have 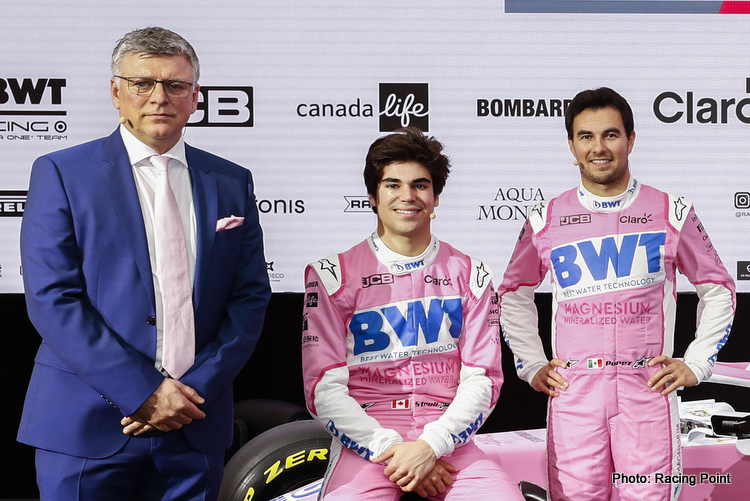 Racing Point boss Otmar Szafnauer has ruled-out the addition of Sebastian Vettel in 2021, revealing current drivers Lance Stroll and Sergio Perez have contracts through the end of next season.

A popular landing spot for the soon-to-depart Ferrari driver amongst Formula 1 prognosticators, the theory is that the soon-to-be Aston Martin might want to make a splash with a high-profile signing in their first year in the sport.

However Szafnauer has now moved to stamp-out such a notion.

“It’s true, there are indeed some grand prix-winning drivers on the market at the moment, even world champions,” he told Radio Canada. “It’s an interesting idea, but we prefer to go for the best drivers we already have.

“And if we give them the best car, they too can win races and possibly become World Champions. Our two drivers get along well and they are bound by contract for 2020 and 2021.”

That said, Szafnauer has heard the questions surrounding Stroll and whether as the son of the team’s owner he is in the sport on merit, but the American insists he is.

“If you’re fast in Barcelona, you’ll be fast pretty much everywhere,” he said, referring to the Canadian’s pace in preseason testing.

“If we give Lance a good car, he can improve his driving skills and be even better.

“It does look like we have built a good car this year, and I think it will be easier for us in qualifying this season. If Lance is better placed on the grid, he will fight more often in the top 10.

“When he is in the top ten, he has shown that he can do good races. When you’re so far down the grid, it’s easier to get stuck and have problems.

“But I don’t think Lance will have these problems this season or the next, when we will have essentially the same car.”

Still, while Vettel might not be joining his Szafnauer’s team, he admitted he was surprised the German became available in the first place.

“I’m a bit surprised that they [Ferrari and Vettel] couldn’t get along.

“Sebastian is a great driver and he’s a friend. I’ve known him for a long time. He has achieved so much in F1, he even won very young when he was with Toro Rosso, which is incredible. He deserves to stay in F1.”