The braking point: A look back at the 2010 Formula 1 season 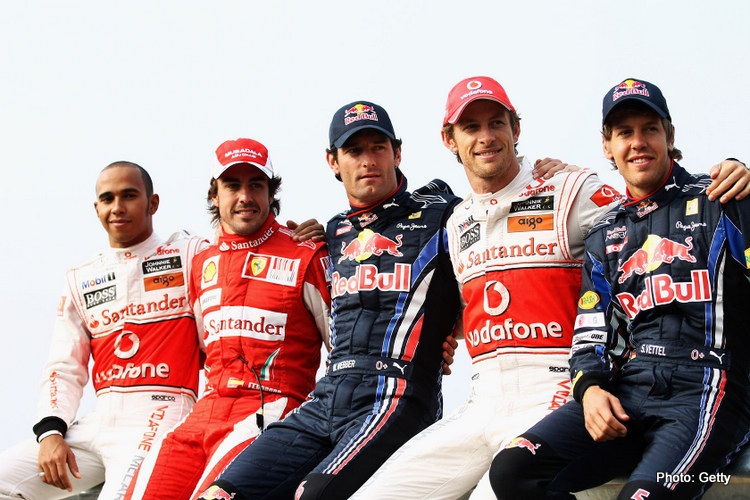 The 2010 Formula 1 season was undoubtedly one of the best in recent years.

A four-way driver battle going into the final round in Abu Dhabi, three teams capable of challenging for race wins and four different teams taking pole position were all valuable ingredients that made it so captivating. But did the right driver come out on top and what were the factors that made it so close?

One of the strange things about the 2010 season was the fact that Red Bull were so dominant in qualifying. In 19 races the Milton Keynes team were on pole 15 times, with Sebastian Vettel starting from the front on 10 occasions to Mark Webber’s five. Compare this to 2019 where Mercedes secured a comfortable constructors championship and one-two in the drivers, despite taking pole on just 10 of 21 race weekends.

With one team clearly the fastest on Saturday, you would expect them to pull away and either one driver to dominate or the teammates to become engaged in a tense battle. However, while the Red Bull was dominant in qualifying, it was unreliable. Vettel in particular was plagued with issues and lost certain victories in Bahrain and South Korea, as well as a second place in Catalunya. In Bahrain and Korea his closest challenger Fernando Alonso was the beneficiary and these results proved crucial in sustaining the Spaniard’s challenge.

Lewis Hamilton too suffered due to unreliability, with issues at Spain, Hungary and Japan costing him valuable points. His McLaren was arguably the third strongest of the front-runners, but the consistency of Hamilton and teammate Jenson Button allowed the two Brits to stay in the fight for much of the season.

The regularity of changeable conditions was another factor that made this season unpredictable. Both of Button’s wins came courtesy of his intelligent strategy choices in wet-dry races, while Nico Hulkenburg secured an unlikely pole in Brazil thanks to his approach in the rain.

Mistakes too were commonplace, with all of the top drivers contributing to their own downfall. Webber hit the wall while sat in second in Korea, Hamilton was forced to retire from consecutive races in Italy and Singapore following failed overtaking moves, Alonso crashed in qualifying in Monaco and Vettel collided with Webber and Button in Turkey and Belgium respectively.

So was Vettel a worthy winner? Overall, yes. The Red Bull was clearly the fastest car and had he experienced better reliability we would have picked up at least two additional race wins. The young German had his fair share of errors and perhaps did not quite maximise his machinery in the same way Alonso and Hamilton did, but in qualifying and race trim he just had the edge over Webber.

Alonso finished second, but perhaps had the most fortune of any of those involved. Not only did he inherit two wins due to the poor reliability of Vettel’s Red Bull, but he was also gifted a win in Germany when his teammate Felipe Massa was asked to move aside. In the context of a championship fight when your rivals are involved in tense battles with their teammates, this is a huge advantage. Having said that, he drove impeccably between Germany and the end of the season and was able to benefit when others made mistakes or had issues. When competing with a superior Red Bull, this is all he could do.

All in all, it was a fascinating season and one that featured brilliant and stupid driving in equal measure. Alongside 2012, which featured many of the same protagonists, it was one of the most exciting and fiercely contested championships of the modern era. With Red Bull and Ferrari closing in on Mercedes towards the end of last season, let’s hope for more of the same when the 2020 edition finally gets underway.