Claire Williams: Ayrton was a God in our house 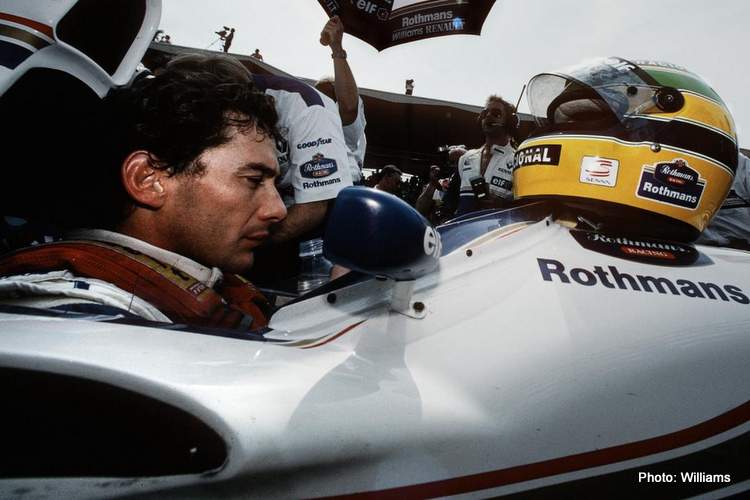 Ayrton Senna would have been 60 today, but at 34 on the Sunday of a horrific Grand Prix weekend in 1994, at Imola, the great Brazilian was killed when his car speared off the road at Tamburello and the rest is well-told history.

In the wake of the crash witnessed live by millions at a time when the sport’s popularity was booming, Williams – who Senna had joined at the start of that season – was under investigation after the fatal accident as bitterness prevailed over the circumstances of the legend’s death.

At the time Claire Williams, now deputy team principal of the team her father Sir Frank Williams built, was in her late teens at the time and recalls, “About a year later I remember being in a pub. I don’t know how he knew who I was, but a complete stranger came up to me and said: ‘Your dad is a murderer’.

“It hadn’t really sunk in about how people might feel about the accident. That’s not what happened but I guess some people are ignorant,” she told Press Association.

In the aftermath of the sport’s darkest hour, Roland Ratzenberger (33) perished during qualifying for the race on Saturday with Senna attending the scene of the crash as Dr Sid Watkins tried in vain to resuscitate the Austrian driver slumped in the cockpit of his Simtek.

Ther next day, 1 May Senna was gone too, Williams added, “Frank never spoke to anyone about it. That isn’t his personality. He isn’t one for therapy, or having long conversations. He internalises and keeps it all in. That is how he has been brought up, but you can see the pain in his eyes every time he thinks about the accident.”

“Ayrton was a God in our house and had been for many years, decades even. Frank had a love-affair with Ayrton. He got into his heart, got into his mind, and he always wanted to put him in his race car. Dad’s wish then came true, but it ended in the worst possible way.”

Remembering the day, Claire relived her memories, “I was watching the race in my bedroom. Dad was obviously away, and mum [Lady Virginia Williams] was watching it downstairs. It was just a horrific accident, and it felt as though something suddenly came over the house. It was really odd.

“Quite quickly, my mum came upstairs. I was due to go back to boarding school ‪at 6pm that evening, and mum said you are going now. I knew then that something serious was going on. I was put on a train and sent away. My parents preferred to shelter us from it. They did that with dad’s accident and they did so with Ayrton’s death, too.”

Sir Frank was no stranger to death in F1, his early era in the sport was shell shocked by frequent driver fatalities and he suffered the loss of a friend and driver Piers Courage who was killed in a fiery accident during the 1970 Dutch Grand Prix at Zandvoort.

Claire continued, “It was an excruciating thing to happen to dad again. He went to Ayrton’s funeral in Brazil which, from a safety perspective, we were all very worried about because Ayrton was an enormous hero and he died in our car, but Frank wanted to be there.

“We all then went to the memorial service in London. I’ll always remember my mother saying to me: ‘There will be no crying on this day, this is not your loss’.

“In our film [released in 2017] there is a scene where Frank is at Ayrton’s funeral, and I have never seen my dad look like that. There is an extraordinary line where he is asked how he felt that day, and he just says: ‘Far from well’.

“I think that says it all. I am sure he felt far from well for many, many, many years, and still today he won’t talk about him. He will talk about what a great man Ayrton was, and what a great driver he was, but nothing to do with the accident.”

“I am sure there were days when dad may have thought I don’t want to go racing, I want to hide under my duvet. You just want to stop sometimes, and that was the hardest thing. But people in this sport are made of stern stuff, and Ayrton probably wanted us to keep racing,” concluded Claire.

To this day Williams run a Senna sticker on the nose of their cars, as a tribute to one of the sport’s greatest drivers whose legacy transcended motorsport and indeed captured the imagination of the mainstream public.