Have Mercedes been DAS-ing us all along? 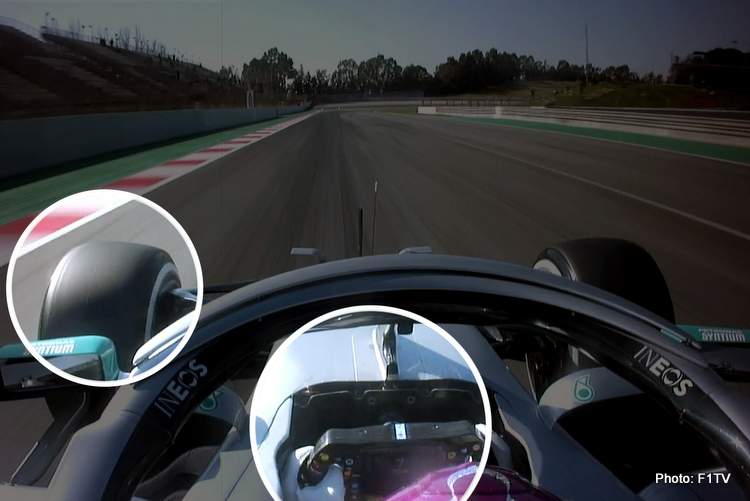 While the world goes into lockdown with COVID-19, the planet going from sci-fi to reality of a pandemic in a matter of days, crippling just about everything but the keyboards of those that are left at home to lament a Formula 1 season that is already in tatters and we should be lucky if it even happens.

Nevertheless with plenty time on their hands fand and journos have been scavenging for news, and we can report that it appears that Mercedes may have been using DAS since as early as the 2018 Hungarian Grand Prix.

A video clip was posted on Twitter (below) where the clear in-and-out movement of Lewis Hamilton’s steering wheel was spotted by eagle-eyed GT World Champion Matteo Bobbi and suggests DAS (dual-axis steering) that was ‘exposed’ at last months Barcelona F1 test, is no novelty.

Indeed, Bottas said as much after testing in Spain, DAS (dual-axis steering) “I have been aware of it for a long time. First time I heard something about it was nearly one year ago. It’s not a quick project.

“It’s not an easy thing to start making it, designing it and actually make it work. For us, it was a pretty big project, so it would be a pretty difficult thing to just copy.”

Meanwhile, the postponement of the new regulation changes earmarked for 2021 to 2022 will play into the hands of Mercedes and Lewis Hamilton who have been unbeatable for the past six years, however, it could be argued that with the technology plateauing there is a better chance for their rivals.

In such instances, it is clear that the team with the most tricks to eke out those extra hundredths will be hard to beat and with DAS it appears Mercedes have a head start.

As for the legality of the system, F1 motorsport chief Ross Brawn said, “I’ve not got that engaged with it. I’ve watched it from a distance with some amusement because it’s classic Formula 1.