Nicolas Todt: Having a Dad like this for sure helped me 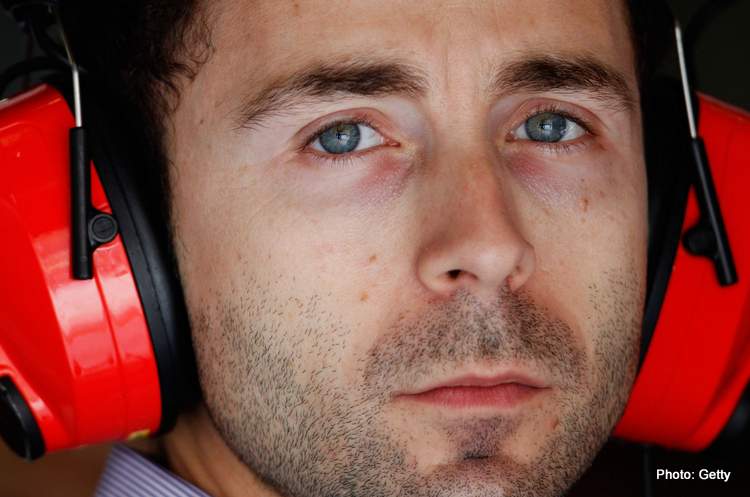 Who is Nicolas Todt? Although FIA President Jean Todt may be the one grabbing most of the headlines, but when it comes to the Todt family, he is not the only one making waves in Formula 1.

Enter his son Nicolas, a serious player in his own right. Manager of F1 drivers Daniil Kvyat and Charles Leclerc, Todt junior is a regular presence in the paddock, but someone who perhaps many of you don’t know too much about.

So, now being as good a time as any, we thought we’d try to find answer the question: who is Nicolas Todt? — perhaps with a bit of assistance from the man himself.

“Having a Dad like this for sure helped me to enter this industry because I was able to follow motorsport closely from a young age and develop a very good network,” are the words of Nicolas himself spoken in an August 2019 interview with Forbes Monaco.

And indeed quite an impressive network it has been for the 42-year-old has.

Not only does he manage the aforementioned Kvyat and Leclerc, but through his company All Road Management, he also manages drivers Marcus Armstrong, James Calado, Caio Collet, Jose Maria Lopez, Felipe Massa, Gabriele Mini, and also managed the late Jules Bianchi.

Additionally, Todt is a co-owner of Birel ART, one of the largest manufacturers and teams in karting, and was formerly the co-owner of the ART GP2 team, which saw the likes of Nico Rosberg and Lewis Hamilton pass through its ranks.

On a related note, Massa was appointed to the role of CIK-FIA President in 2017, a role he continues to hold as the FIA invest in karting at grassroots level, in developing countries, under the auspices of the FIA Sport Grant Programme. Most recently in the inaugural MENA Karting Cup, in Oman last, month where Birel ART were the preferred supplier for the event.

However, Todt junior didn’t simply wake up one day and find himself with his fingers in so many pies, as he told motorsport-magazin.com, “I was always a big motorsport fan, [and] of course I liked what my dad did. And I had the privilege of accompanying him to races a lot when he was [Director of Racing] at Peugeot and then [General Manager] at Ferrari.”

It was through being in the F1 paddock in the early 2000’s that Nicolas, recently graduated from a French business school, befriended Felipe Massa, with the Brazilian asking him to become his manager in 2003. Having no managerial experience Todt was surprised, but said yes, and was beside the Brazilian’s side as he started his second stint with Sauber in 2004, and joined Ferrari in 2006.

Since then, Todt has maintained strong links with Ferrari. Of the drivers already mentioned, obviously Massa and Leclerc have driven for the F1 team, while Armstrong is an academy member, Bianchi was as well, Calado is with AF Corse in WEC, and Kvyat was briefly a development driver in 2018. Of his current charges, only Collet (Renault Sport Academy), Lopez (Toyota WEC) and the 14-year-old Mini have no association with the Scuderia.

Additionally, with Leclerc’s star continuing to be on the rise, it is likely that connection will continue for some time to come yet. In January, the Monegasque signed a contract extension that keeps him at Maranello until at least the end of 2024, representing the culmination of a relationship that began when Leclerc was 14 and Todt offered to fund him through karting.

As Todt says, “my job is not to find a good driver. My job is to find a fantastic driver” and in finding someone as fantastic as Leclerc and introducing him to Ferrari, it is no surprise the legendary Italian team has welcomed him as a regular fixture in their garage.

That said, he is unlikely to content himself as a cheerleader for Leclerc, even if he is the thing Todt is “most proud” of. Whether its F1, karting, Formula E, WEC or many other series in-between, Nicolas Todt continues to expand his reach, and ensure the Todt name remains one to remember in the motorsport world.