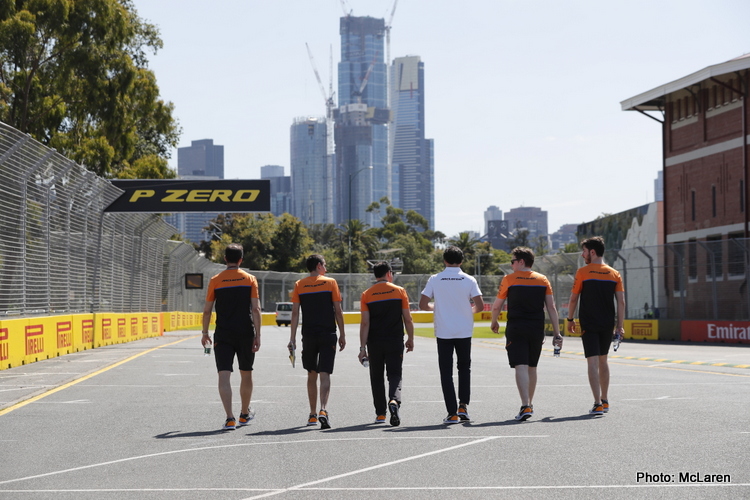 Seven McLaren Formula 1 employees who were tested for the coronavirus while in quarantine in Australia have returned negative results, the team said on Wednesday.

The season-opening race in Melbourne was cancelled last week after one McLaren staff member tested positive for the virus sweeping the world.

“All are doing well and in good spirits,” a team spokeswoman said.

“The one team member that tested positive initially is also now free of symptoms. The balance of personnel were not required to be tested at the direction of the medical authorities.”

McLaren said 16 members of the team were placed in quarantine last week, 14 due to close contact with the colleague who had tested positive while an additional employee developed symptoms over the weekend.

The spokeswoman said the team members would remain in self-isolation for another week to meet the 14-day period required by the Australian medical authorities.

Three members of the team’s senior management have stayed in Australia.

McLaren’s Spanish driver Carlos Sainz, who has returned home, said on Twitter he had also tested negative for the virus.

“In reality it won’t change much, because I will continue in quarantine,” he added.

F1 has postponed the next three grands prix scheduled after Australia and said it hopes to renew racing by the end of May, subject to regular review.

A majority of the teams are based in England while two, including Ferrari, have headquarters in Italy — the European country worst hit by the virus. Ferrari suspended its operational activities at the weekend.