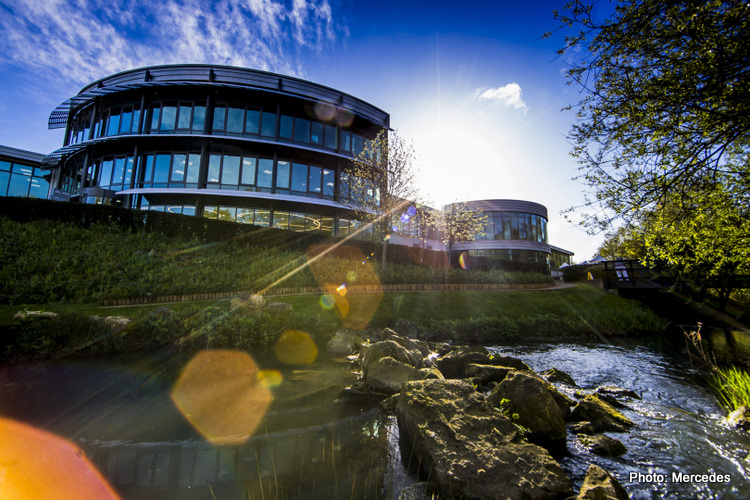 Mercedes has set its sights on becoming the first Formula 1 team to go completely carbon neutral, the team announced in a press release on Tuesday.

The Silver Arrows revealed the goal amidst a range of measures to be enacted across the company, as it promised to be a pioneer in developing environmentally sustainable practices for the automotive industry.

“It’s our ambition to lead the way to carbon neutral and sustainable mobility,” said Markus Schäfer, Member of the Board of Management of Daimler AG. “F1 is one of the toughest technical competitions in the world and success can only be achieved by pushing technological boundaries every day. Our F1 team will achieve a net-zero carbon footprint in 2020 and we actively encourage F1 to take more ambitious steps towards CO2 neutrality for the entire sport and to race towards a sustainable future.”

While F1’s stated goal is to be carbon neutral by 2030, Mercedes says they can do it by the end of the year, and will reduce emissions even further in the coming seasons.

“The Mercedes-AMG Petronas F1 Team aims to halve its CO2 emissions – from around 20,000 tonnes in 2018 to 10,000 in 2022,” the statement read. “The very nature of Formula 1 as a motorsport series that races around the world means that there are certain unavoidable CO2 emissions, which the team will offset through gold-standard off-setting.

“Among the steps the team has already taken is a commitment to renewable energy sources. The team’s high-tech chassis factory in Brackley already uses renewably sourced energy to power all its operations, which include facilities like the team’s wind tunnel, data centre, digital simulation environment and test benches.

“The Brixworth technology centre, where Mercedes-AMG High Performance Powertrains (HPP) develops and manufactures the powertrains for both Formula 1 and Formula E, produces more than half of its electricity using solar panels and an on-site CCHP plant. For all externally sourced energy, HPP has committed to switch to renewable power sources in the course of the current year.

“The team’s commitments will also extend to how it operates at the racetracks. Single-use plastics will be eliminated from the team’s catering operations, and low-impact hotel stays will be adopted for every team member. From small details to major business transformations, Mercedes aims to embed sustainable business practice throughout its motorsport activities.”

Additionally, the statement hailed the introduction of F1’s V6 hybrid-turbo engines in 2014, which it says have had a direct benefit to its road-car business.

“Formula 1 introduced cutting-edge hybrid engines in 2014, incorporating an electric turbocharger and powerful brake energy recovery system, which aligned the technological journey of the sport with that of the automotive industry.

“Mercedes-Benz engineers around the world use the knowledge and technology gained from the F1 Power Unit development to enhance road car engines, for example by further developing combustion processes from the F1 engine so that they can be used in highly efficient drivetrains in production cars.”

The six-time defending world contructor’s champions, the statement noted that their participation in the sport had “generated an equivalent advertising value of over $1.5 billion”.

Lewis Hamilton, who has won five driver’s championships with the team over that span, also hailed the initiative.

“Sustainability is very important to me personally; I’ve become more and more aware of the environmental issues we’re facing around the globe and I just want to have a positive impact and try to play my part in it,” he said.

“I’ve changed to a plant-based diet, I’ve changed the way I travel and started off-setting my flights, and I’ve started to drive both plug-in hybrids and all-electric Mercedes vehicles; I’ve also put sustainability at the heart of other ventures I’m involved in, such as my new clothing collection with Tommy Hilfiger.

“It’s great to see that Mercedes is taking responsibility for sustainability and that the entire Mercedes family is making huge efforts to tackle the issue; I hope I can make a meaningful contribution to that transformation as well.”