Prost: Petrol ban will bring Formula 1 to a crossroads 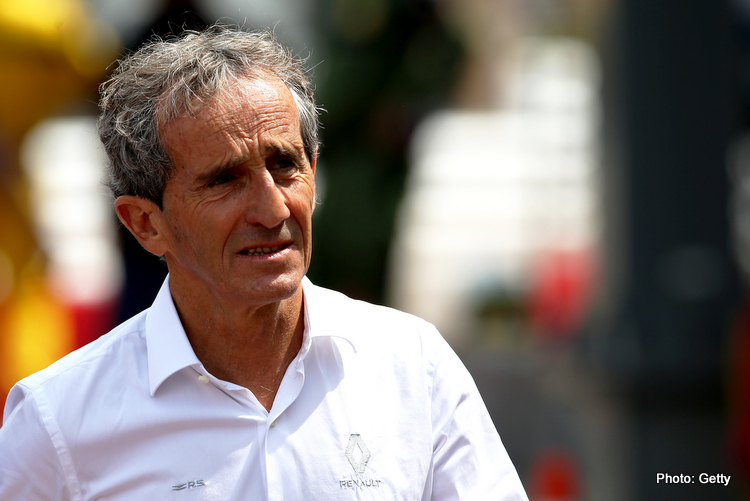 Formula 1 will find itself with a difficult choice in the future due to “stupid” government regulations affecting the auto industry, according to four-time world champion Alain Prost.

Renault’s non-executive director, Prost has hit-out at the impending bans on petrol and diesel cars in several countries, suggesting it will kill the west’s auto industry — and potentially take Formula 1 with it.

“I am really upset about what I can see today with the automobile industry,” Prost told Motorsport.com. “We are going to give everything to the Chinese where in 10 years’ time, they are going to introduce their cars here — and that is what I don’t like.

“I don’t care because I’m not part of the industry but I really hate that. It is stupid, stupid regulation… Today, if you had a big car with a diesel engine with the nice [pollution] filters, it should not be a problem.”

Addtionally, Prost believes this shift will force F1 to abandon its current V6 hybrid-turbo engines, as electrical innovation is not as appealing with Formula E also occupying that space. Instead, the Frenchman indicated that F1 should go with something more fan-friendly like V12s, or innovative like hydrogen power.

“You don’t want to go with electrical because we have Formula E, and you know how difficult it is going to be for FE in the future that is for sure,” he said.

“So what is the technology for F1 in the future? It is difficult to know. On one side, and it’s not my position, we go back to 12 cylinder and we have the same vision of F1 worldwide.

“Or, if we go to hydrogen in 10 years time, we would have another philosophy. And why not? But who is going to push the button and make that decision? It’s very difficult, but it’s good to ask the question.”

“We need to talk about sustainability all the time: what we can do, but the technology is very, very difficult. We cannot, like in my period [driving in F1] follow the trend of the automobile industry. Today it is much more difficult.”

As things stand, the current power-units will continue as part of the new era of the sport starting in 2021. Now in their seventh year of existence, the 1.6L V6 hybrid-turbos have been the subject of widespread criticism, yet with lifetime development costs in the nine-figure range, suppliers will be hard-pressed to change until they extract the most from their investment.