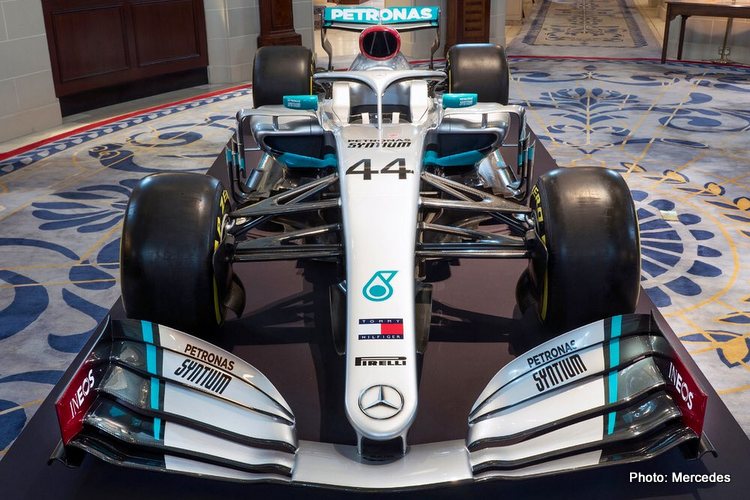 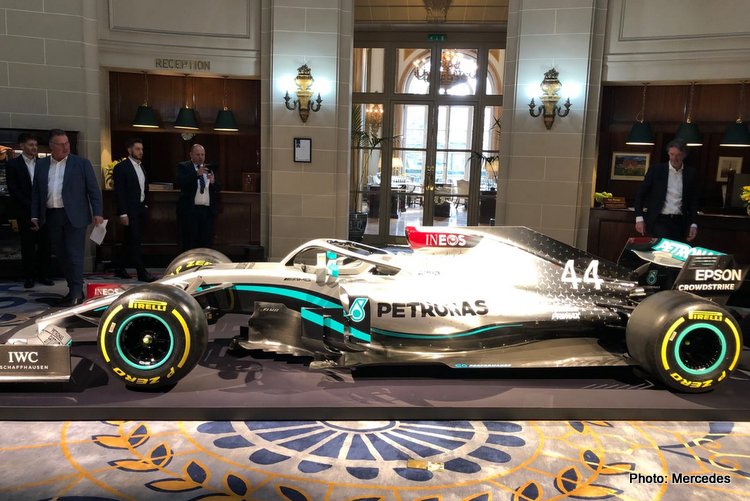 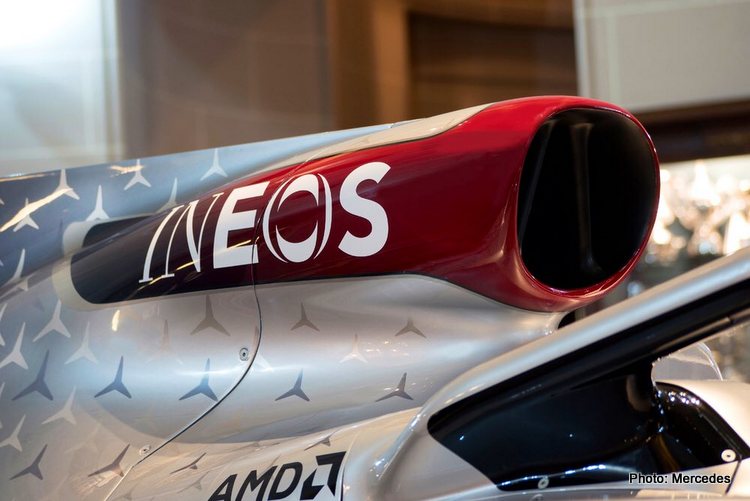 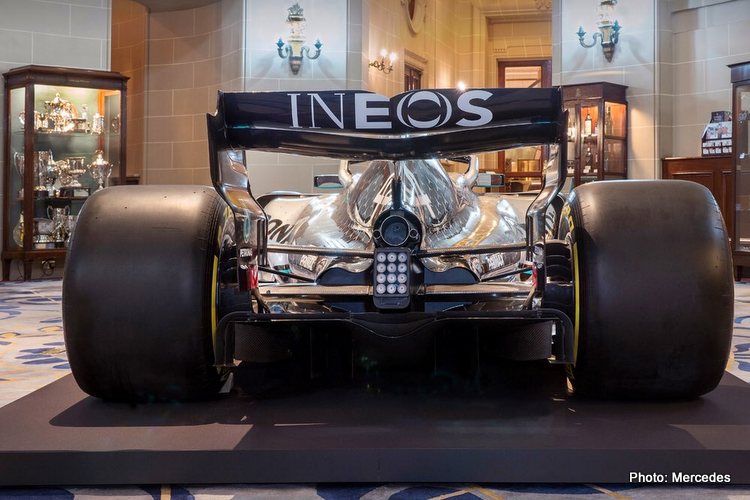 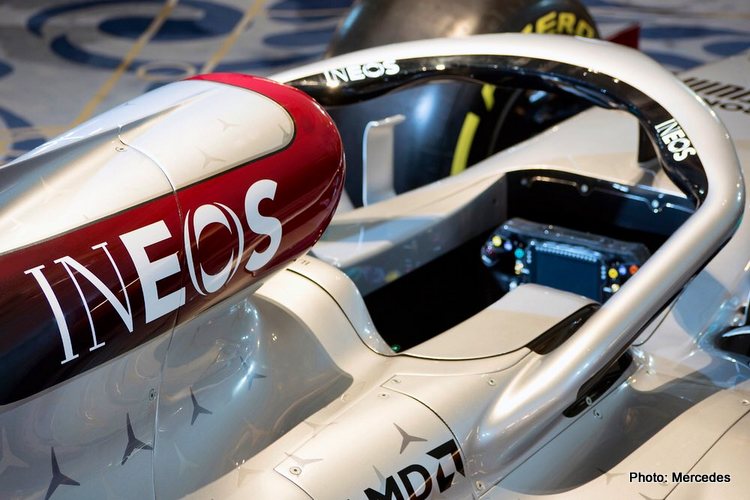 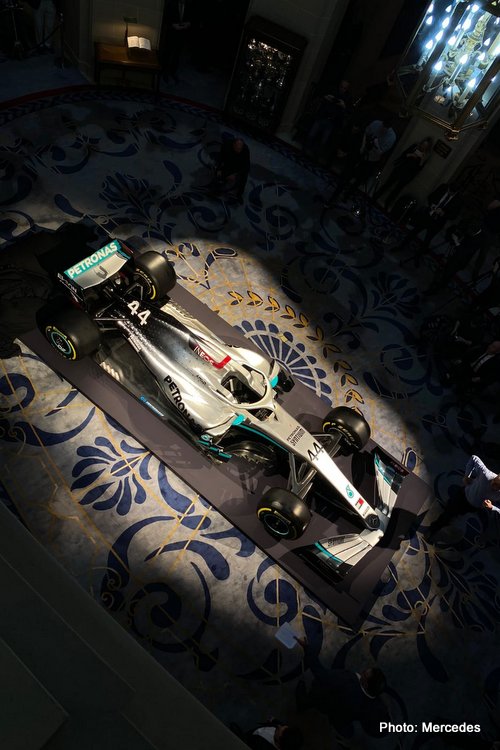 Mercedes have become the second team to reveal their livery for the 2020 season, lifting the curtain at a press event in London.

In conjunction with their announcement of a new sponsorship deal with chemical company Ineos, the six-time defending world champions revealed their livery for the upcoming season at the Royal Automobile Club on Monday afternoon.

A continuation of the familiar ‘Silver Arrow’ design they have donned since their return to the sport in 2010, the most notable difference is the inclusion of red Ineos flares on the front wing endplates and intake.

Long-time partners Petronas also retain their influence, with the company’s branding featured on the sidepods, wings and nose of the car, as well as the inclusion of their familiar teal accents.

As to the matter of the car itself, the one used in today’s event was a 2019 W10. The W11 will be revealed this Friday, February 14 at Silverstone.