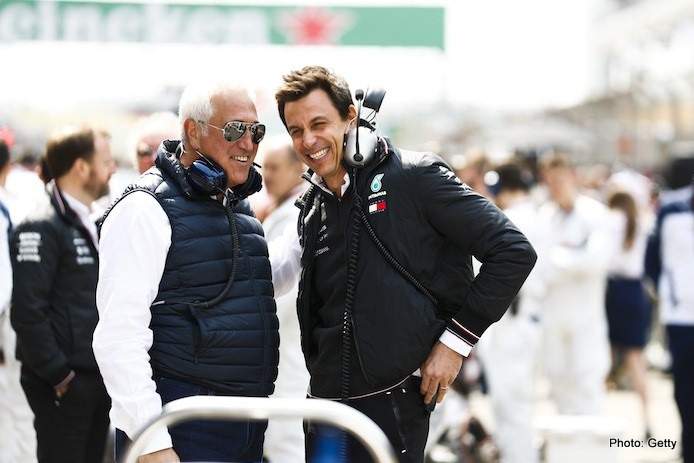 Billionaire businessman Lawrence Stroll and Mercedes team boss Toto Wolff could be planning to take over the Silver Arrows operation from 2021, according to veteran German correspondent Ralf Bach.

The report, published on F1-insider, claims that Wolff had actually negotiated a deal to replace Chase Carey at Liberty Media. But Ferrari vetoed that plan, demanding that Wolff spend at least three years on ‘gardening leave’.

And so he changed direction, instead teaming up with Racing Point owner Stroll to take over the Brackley based team that has won every world championship since 2014.

Stroll, whose son Lance drives for Racing Point, has been linked with a $260-million takeover of the British carmaker Aston Martin.

It had been rumoured that Aston Martin, currently Red Bull’s title sponsor, could, therefore, become Racing Point’s new identity from 2021.

But Bach claims that Stroll and Wolff are instead plotting to re-brand Mercedes as Aston Martin, “Toto wants to be prepared if Mercedes gets out (of F1) and remains in the top flight only as an engine manufacturer,” former F1 supremo Bernie Ecclestone said.

“The fact that Mercedes has not yet signed the new Concorde Agreement for 2021 onwards is strange. But why should Mercedes continue to spend so much money when they’ve already won everything? In terms of image, the group is completely satisfied with marketing the hybrid engines,” Bach’s report added.