Pirelli: The deadline is on Monday, 9th December 2019 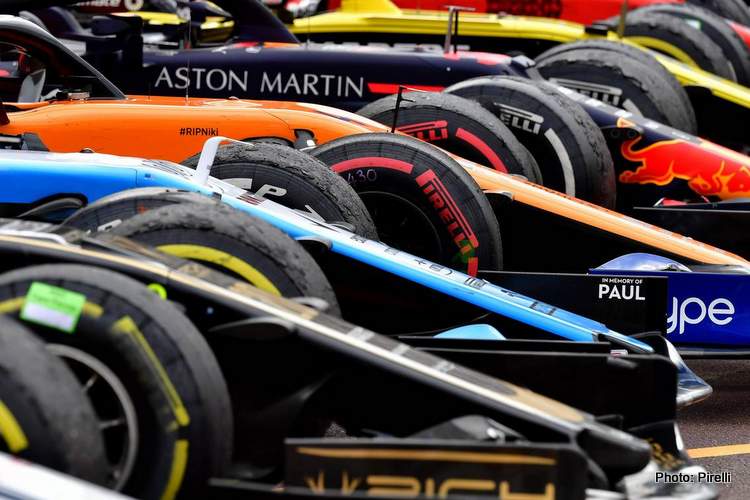 Pirelli is sticking with a looming deadline to decide whether Formula 1 will use the sport’s exclusive tyre supplier’s 2019 or 2020 offerings for next season.

Given some high profile issues with the 2019 tyres, Pirelli worked on improvements for 2020, but after tests in Austin and now Abu Dhabi, drivers are complaining that they are in fact not an improvement.

“Some have noticed improvements for some tyre characteristics, but not for others,” Pirelli’s F1 boss Mario Isola said in Abu Dhabi.

“The new tyres are about one-second slower,” he admitted. “But it was not our goal to build faster tyres. The assignment from the teams was to increase the working window and reduce the risk of overheating and graining.”

However, some drivers are still not happy with what they have tested.

“To be honest, they are a little slower but they also degrade more,” Antonio Giovinazzi said in Abu Dhabi. “So that’s not very positive.”

But Isola insists that Pirelli has hit its targets with the 2020 tyres, notwithstanding the complaints, “Drivers always want more grip. Only then will then say a tyre is ‘better’.

“But these tyres are designed to be better over long runs and therefore have less of a peak in grip. The drivers notice there is less grip and think ‘aha, this tyre is not as good as the old one’. But that’s not true. We wanted a tyre that is better in the race, not in qualifying.”

Isola says there is a clear (and not negotiable) deadline for the teams to decide which tyres the entire grid will use next year.

“The deadline is on Monday, 9th December 2019,” he announced. “We have to set the compounds for the races within a certain period before the race and for the first races starting in Australia, that’s the final date.

“If seven of the ten teams say ‘No, we want to continue with the 2019 tyres’, then we’ll comply. But it would be a pity if all the development work for 2020 was lost, because we had very specific goals for the new tyre,” explained Isola.