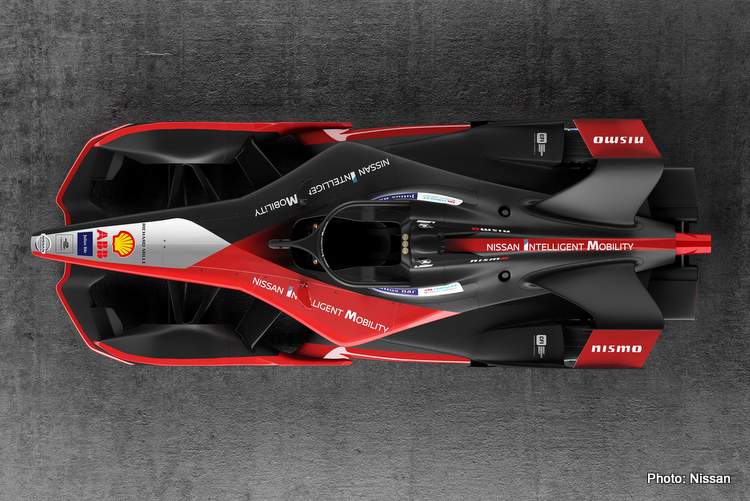 Bigger, better, faster are the buzzwords ahead of the 2019/2020 ABB FIA Formula E Championship which gets underway today in Saudi Arabia and here – provided by the media team – is all you need to know about the sixth edition of the series.

New Cities, New Streets: In Season Six, fourteen races will take place over five continents, featuring the return of London to the calendar, plus two new locations in Seoul and Jakarta.

New Contenders: The 2019/20 season will also see Mercedes-Benz EQ and the TAG Heuer Porsche teams make their much-anticipated debut in the all-electric series. This year’s expanded 12-team entry list will see 24 of the world’s top drivers take to the grid for the first race of the 2019/20 Championship in Saudi Arabia.

Making their debut in the all-electric championship is James Calado at Panasonic Jaguar Racing and FIA Formula 2 Champion Nyck de Vries at Mercedes-Benz EQ, while Brendon Hartley and Nico Mueller make up the entirely new Geox Dragon line up.

The Biggest Grid To Date: After Porsche became the 12th team to join the series, the new campaign will feature Formula E’s biggest grid to date, with a total of 24 cars set to start the sixth season’s opening race. With Mercedes-Benz also joining Audi and BMW, the field will feature four German manufacturers lining up alongside the likes of Jaguar and Nissan. Eleven teams will be looking to dethrone reigning champions DS Techeetah, who begin their title defence partnered with French manufacturer DS Automobiles for the second successive season. Envision Virgin Racing, Geox Dragon, Mahindra Racing, NIO 333 and Venturi Racing complete the grid line-up and will all be aiming for improved performances on last season.

Racing Against The Clock: Formula E moved to timed races last year, with each round run to a strict limit of 45-minutes plus one additional lap to reach the chequered flag, and the format will continue in the 2019/20 season. However, the countdown clock will now stop if the race is temporarily suspended – remaining at the discretion of the FIA Race Director – with the aim to complete the full amount of race time.

More Power To Attack: We will also see a tweak to ATTACK MODE, which was also introduced in the last campaign in a world-first for motorsport, whereby drivers were able to access a higher power mode, in addition to FANBOOST, which let them pick up an extra hit of power. New for the 2019/20 season, drivers will have an additional 10kW of power available when using ATTACK MODE, rising from 225kW to 235kW.

Changes For Full Course Yellows: But drivers will no longer be able to activate ATTACK MODE under Full Course Yellow (FCY), or when the safety car is deployed, which means they will have to go off the racing line to activate the extra power under normal race conditions and run the risk of losing positions. Further still, to increase the emphasis on energy management, during safety car periods and under FCY, a fixed quantity of energy – equal to 1kWh per minute for the duration of the caution period – will be subtracted from the total energy remaining in each car. This means that drivers will no longer be able to save energy by driving at lower speeds under FCY or behind the safety car, leading to more varied strategies and closer, wheel-to-wheel racing from start to finish.

Keep It Single: As regards new technical regulations, Twin motors have been banned from 2019–20 season onwards, a decision that only affects Nissan e.dams, who had a busy off-season working on a new powertrain solution.

Bonus Points: This season, the fastest driver in the qualifying group stages will now be awarded one bonus point. The Julius Baer Pole Position, awarded to the Pole sitter after Qualifying, will continue to be rewarded with three points. As in previous seasons, one point will still be awarded for the race’s fastest lap set by a driver finishing in the top ten.

New Season, Same Squad: Five teams have retained the same driver line-up from the 2018/19 season. Nissan, Audi, Virgin, Mahindra and Venturi keep the same two drivers ahead of the new campaign with Audi remaining as the only team to have retained both Daniel Abt and Lucas di Grassi since the inaugural season in 2014.

Change At The Reigning Champs: One of the most significant changes comes at reigning team champions DS Techeetah, who have broken up a winning combination following Andre Lotterer’s move to newcomers Porsche, with Antonio Felix da Costa switching from BMW to partner double Formula E Champion, Jean-Eric Vergne.