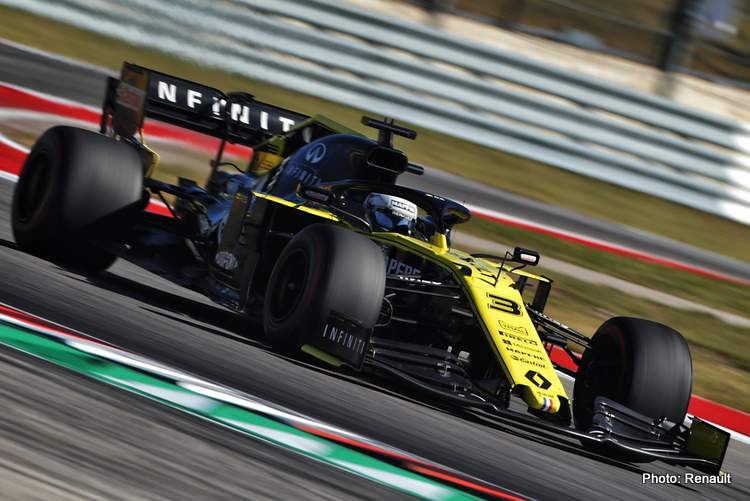 Drivers Nico Hülkenberg and Daniel Ricciardo share their thoughts on the challenges of Interlagos ahead of the penultinate race of the 2019 Formula 1 season.

Nico Hülkenberg: “I’d say Brazil is one of my favourite races on the calendar. I like the vibe about São Paulo as it’s quite crazy and loud. The fans love their motorsport, especially Formula 1, the circuit is legendary, and it all adds up to create a very special Grand Prix weekend. I’ve had some cool memories in Brazil.

“The pole position in 2010 was pretty special. That was a fun session where everything clicked, and we managed a perfect lap in difficult conditions and it’s something I’ll always remember. It was good to be back in the points across both races [Mexico and US], but we always want more.

“We recovered well in Austin and the second half of the race, especially the final ten or so laps, were fun and we deserved our points. We have to target more in Brazil and pushing closer to sixth-seventh spots to take home even more points.”

Daniel Ricciardo: “I really like the atmosphere in Brazil. It’s a cool one as the locals love racing, and they really embrace it when it comes to their town. There’s a Samba-like, carnival feel to the place and I like the energy that brings.

“The drivers’ parade on Sunday is one of the loudest of the season and gets you pumped for the race. Austin was a fun race with some good points in the bag for the team. We secured double points across both Mexico and the United States, which was really positive after a few races where we missed out.

“It’s important to keep the consistency going and Brazil is our next opportunity. Three points-scoring finishes in a row would be sweet, so it’ll be all focus on achieving that when we hit the track on Friday. Viva Brazil!”