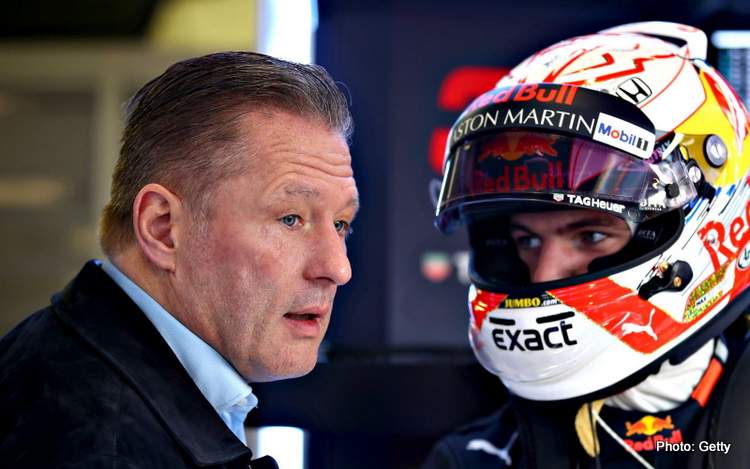 Jos Verstappen understands why his son Max accused Ferrari of cheating despite the fact that the comments prompted the Reds to react angrily.

The Red Bull driver was adamant that Ferrari’s sudden loss of performance in Austin was because the Italian team had been forced to “stop cheating” and with it echoing the sentiments of just about everyone not dressed in Red in the paddock.

Verstappen senior defended his lad on Ziggo Sport “I think we all know that something is wrong, but you can’t say it that way. You can never know what exactly happened, but we can see from the data that they were suddenly much slower.

“Previously they gained seven to nine-tenths on the straight and now it’s only half of that. But you can’t really prove that they cheated.”

Jos therefore agrees with those who think his son might have (counted to ten and) kept his thoughts to himself, “In the end, you can’t prove it so you shouldn’t say too much about it. It might not have been the smartest statement, but I do understand Max. He is very driven and wants to win.

“After the summer break, Ferrari was suddenly super strong after Red Bull’s good period. They had often been incredibly fast, but they were less incredible in Austin. Still fast, but not so extremely fast anymore,” Verstappen senior ventured.

Meanwhile, F1 race director Michael Masi was not able to shed light on whether Ferrari had to make changes to its power unit operation in order to comply with the rule clarification.

“I have no idea if they changed anything, I leave that to the FIA technical team,” said Masi

But he defended Red Bull’s method for seeking clarification about what the team obviously suspects is the source of Ferrari’s huge earlier power advantage.

“Everyone knows that there is a process and it has been around for a few years now,” Masi said of the request for clarification and the subsequent technical directive.