Inside Line: Max should’ve been sent home after qualy madness 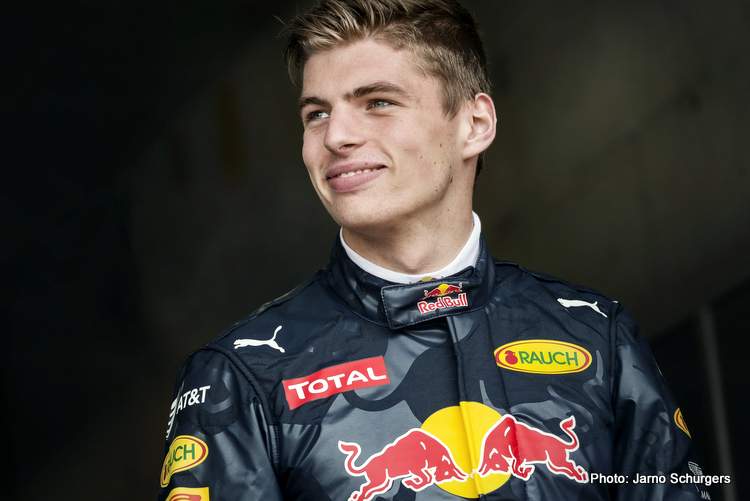 You probably won’t read this but I wish you would.

I am a big fan of yours as I believe you will be in our lives for at least a decade as a superstar of the sport that is our religion.

You are among the top five or six racing drivers in the world and at a mere 22 years old you are a phenomenon. Furthermore, you are among the privileged six drivers with the package to win a Grand Prix; in other words, the world is your oyster.

But what you did on Saturday and how you behaved thereafter was a slap in the face to all of those (me included) who were relieved that you had found your way after that wayward spell two seasons ago and it has been intriguing to witness the boy become a man.

I was reluctant to hail the “New Max” because I saw you maturing and simply managing the demons. You were a petulant teen at the time and thus the bravado was forgiven but on Saturday in a few perilous seconds that all morphed into sheer nonsense.

In the light of recent deaths and serious injuries amongst those you claim to have been your friends, not backing off when the yellows waved to warn you of unknown peril ahead was one of the most reckless pieces of driving I have ever witnessed.

That you were voted Driver of the Day just proves how uninformed the current generation of F1 fans are and I won’t bother justifying that in the knowledge that those that know, know what I mean.

After that, your bravado knew no bounds as you admitted adamantly: “I was aware that Valtteri crashed.”

Then when asked if you backed off, you moved up another gear in contempt: “It didn’t really look like it did it? No.”

And then this childish ‘pearl of wisdom’ spewed forth: “I think we know what we are doing, otherwise we wouldn’t be driving an F1 car.”

“It’s qualifying and you go for it. If they want to delete the lap, then delete the lap,” taunted the young man whose head is starting to get bigger than it should be.

What happened to the old classic excuse; sorry I did not see the yellow flags [waving and flashing frantically]. My bad!

No driver is bigger than the sport but I am starting to suspect you think you are.

When asked his thoughts on Verstappen’s waywardness, Lewis Hamilton was equally unimpressed: “I think it’s really, really important that the FIA are very, very strict with the double yellow flags. There could be marshals on the scene. [You] didn’t even need to stay flat out, he already got pole basically.

“Luckily there were no marshals on the track. For all he knew, Valtteri could have been in the middle of the circuit and marshals could have been there. That’s what double yellow means – could be a massive incident ahead.

“The fact that he ignored it, I mean it’s not great, but it’s done and hopefully, the right calls are made and put in place. The drivers need to know to respect those things.”

However, Lewis said “it’s not great” – but I beg to differ, ignoring yellows, under those circumstances, was negligent and on the verge of horrific. The right calls were not made either.

The increasingly spineless FIA should have kicked you out of the race for that infraction – even sending you to the back of the grid would not be enough for that transgression.

If I were Masi I would have come to you and said: “Pack your kit and go home. Leave the track right now because you could have killed yourself and others today. Zero tolerance for that.”

And in the light of your seriously ill-advised taunting of officialdom (and all of us aghast at the audacity and recklessness of your potentially lethal actions), I would give you a three-race ban, meaning: don’t come to the last three races, see you next year Max. Go find your mojo on some tropical island rather than road raging on iRacing and online all winter long.

Take a leaf out of Alex Albon’s inner peace, and one from the contriteness of Charles Leclerc, mix these ingredients into that fire and red mist you have around you. Lose the anger.

While Charles is fast becoming everyone’s darling and rightfully so, I am still in your camp because I like to go against the tide. But you are making it tough for the die-hards to justify your antics and condone your exploding ego.

When I put my fan hat on I am with you Max because I believe that on those one or two special occasions per season when exceptional drivers have the ability to go beyond-the-beyond, you are the best in my book.

But please don’t disappoint those of us who are lining up in your camp as you and Charles square up for a unique rivalry that could be right up there with the epics of Formula 1.

But allow me, as an elder, to tell you that there is no RESET in life like there is in iRacing.

Please don’t kill yourself with your recklessness, with it deny yourself all the potential titles and wipe away the decade(s) of entertainment you will provide us with.

Let’s not remember you as Max, that incredible talent who was his own worst enemy, sadly with us no more because he ignored one yellow flag too many.

I want you to be remembered as one of the greatest F1 drivers ever. After you retire happily at the age of 40-something I want to imagine you becoming a no-bullshit F1 pundit and slag everyone off as Jacques Villeneuve does.

In other words, listen to your Papa and engage the brain before firing from the tongue, or – as Granny always advised me to count to 10 and then talk. I should have listened.