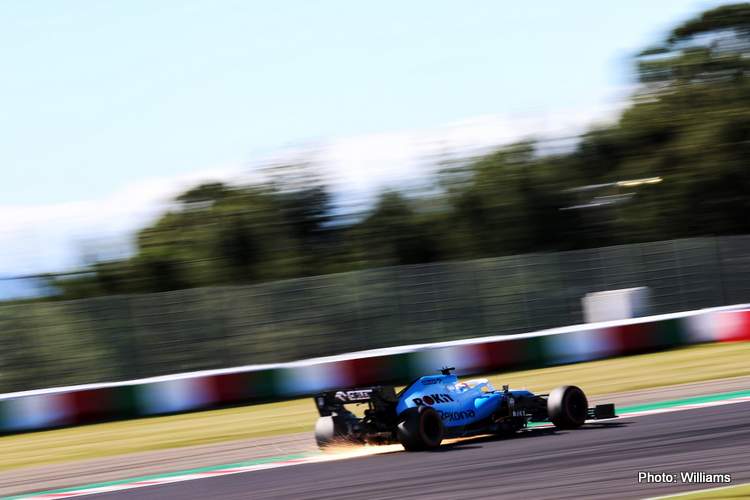 Williams preview the Mexican Grand Prix, Round 18 of the 2019 FIA Formula One World Championship.

It’s time for Round 18 of the FIA Formula One World Championship as we head to Mexico City for the Mexican Grand Prix. The Autodromo Hermanos Rodriguez sits over 2km above sea level, making the 4.3km lap a breathless experience. Being the Grand Prix run at the highest altitude above sea level of the season, the race provides uniquely challenging conditions for both the team and drivers. Following on from the excitable and passionate fans in Japan, Mexico will continue the electric atmosphere with the famed baseball stadium section near the end of the lap which will be packed with fervent fans.

Both Robert and George have not driven the current track layout, which was redesigned in 2015, and look forward to the challenge of tackling a new circuit. Nicholas Latifi will continue his FP1 sessions with the team, this time taking Robert’s place around the Autodromo Hermanos Rodriguez for opening practice on Friday.

Dave Robson, Senior Race Engineer: At more than 2km above sea level, Mexico City is a tricky circuit. The aerodynamics of the car become less effective and despite the long straights, the drag sensitivity is only moderate. Cooling of the power unit and the brakes can be very difficult, and most teams will spend time evaluating options during FP1.

Pirelli have provided their middle compounds for this event, a combination that we saw recently in Russia. Warm-up could be difficult, especially in the early sessions but this should get easier as the weekend progresses.

Having brought a new front wing concept to Suzuka, we will spend time on Friday completing further testing and data gathering. Nicholas Latifi joins us this weekend for the first of three consecutive FP1 sessions. This weekend he will drive Robert’s car, before taking over George’s car in Austin. Nicholas has done an extremely good job each time he has driven the car this season and we look forward to welcoming him back and getting his impression of the latest upgrades.

Robert Kubica: I am looking forward to going to Mexico City. I only had the chance to drive the circuit in its previous layout for a demo run over 10 years ago, so it will be a new experience for me. It is a unique place because we run at very high altitude, so the downforce level is much lower due to the air density. I will be handing my car to Nicholas for FP1, so I will have to learn the track quickly in FP2.

George Russell: I think Mexico will be a challenging weekend for everybody due to the altitude of the circuit, but also the heat. It will be an interesting weekend for myself; it’s a track that I have never driven, and I always love driving new circuits. I am looking forward to the challenge and excited to go racing again.

Nicholas Latifi: I’m really excited to get back in the car in Mexico as it feels like a long time since my previous outing at Spa. I got the chance to drive in Mexico last year in FP1, so I am familiar with what to expect. It’s quite a unique track because of the elevation, so you have a lack of grip, which makes it challenging. As always, my goal remains the same for FP1, to have a clean session and help guide the team going into FP2.