Seidl: We will all be happy with the new regulations 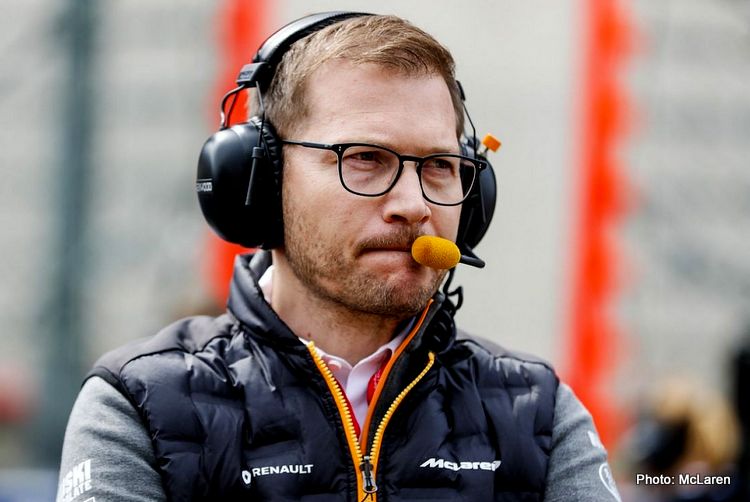 McLaren F1 team boss Andreas Seidl says he is “sure” that Formula 1 will soon have clarity over the rules for 2021 and beyond.

That is despite the fact that sources at Suzuka reported that an internal vote revealed that only four teams support Liberty Media’s current proposal. McLaren is one of those teams.

“We had a meeting here,” McLaren team boss Seidl said at Suzuka, referring to an informal get-together with Chase Carey at the circuit hotel on Saturday.

“The meeting was constructive. I am sure that by the end of next week we will have a set of regulations that meets the goals that were set two years ago.”

Red Bull, however, is one of the six opposing teams. Referring to the Brexit shambles in Britain, team boss Christian Horner said at Suzuka that he thinks “Boris Johnson is closer to a deal than we are”.

The final meeting before the already delayed October 31 deadline will take place on Wednesday of this week. Seidl said he is confident a compromise can be reached so that the teams decide to sign up for 2021 and beyond.

“Yes, but I would not call it a compromise,” he said. “The FIA and FOM have a clear view of the goals they are trying to achieve. Judging by what I saw this week, by the end of next week we will receive regulations that we will all be happy with.”

Seidl said some disagreement up until this point was “expected”, as all the teams have varying interests, “For us, the most important thing is the budget limit, which we believe is the only chance to reach a greater equilibrium on the grid.”

Seidl also confirmed that talks have taken place about tweaking the race weekend format so that Thursday is eliminated from the official schedule completely for 2021.

But he does not support Lewis Hamilton’s idea that Friday should also be scrapped, with qualifying and the race all taking place on the same day as was the case at typhoon-affected Suzuka.

“I like the idea of making the weekend more compact, which we are currently discussing. But I do not think qualifying and the race should take place on the same day,” he said.