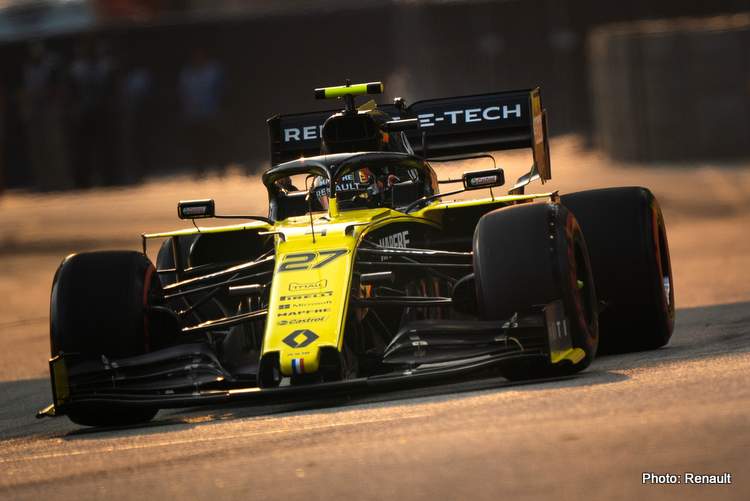 Drivers Nico Hülkenberg and Daniel Ricciardo share their thoughts on the challenges of the Sochi Autodrom.

Nico Hülkenberg: “Russia is an interesting place and it’s still a relatively new venue for Formula 1 but, in recent years, the Russian atmosphere has grown quite strong. In terms of a lap, it’s quite long with a lot of corners. Putting together a complete lap can be difficult and you have to string it all together and carry all the momentum.

“We recovered well in Singapore after the lap one incident. That’s part of the game at street circuits as anything can happen, but you have to be patient and we managed to take home some points.

“We were competitive in both qualifying and the race and certainly more points were possible had things panned out a little smoother. We move on to Russia immediately and we’ll be aiming for more points.”

Daniel Ricciardo: “Sochi is quite a cool track as it’s very flat and open; almost directly opposite to the close walls and bumps in Singapore. It’s an enjoyable lap with a lot going on at the wheel. The surface is smooth with quite a lot of challenging corners to get right.

“The Singapore weekend was a bit of a shame in the end, having initially looked so promising. The disqualification was painful to take as we know how important track position is in Singapore and how difficult overtaking can be.

“We have the opportunity to carry some energy into Russia and look to make amends and be back where we deserve to be. After the summer break we’ve looked very strong and turned the battle for fourth around.