Binotto: Our engine superiority has been exaggerated 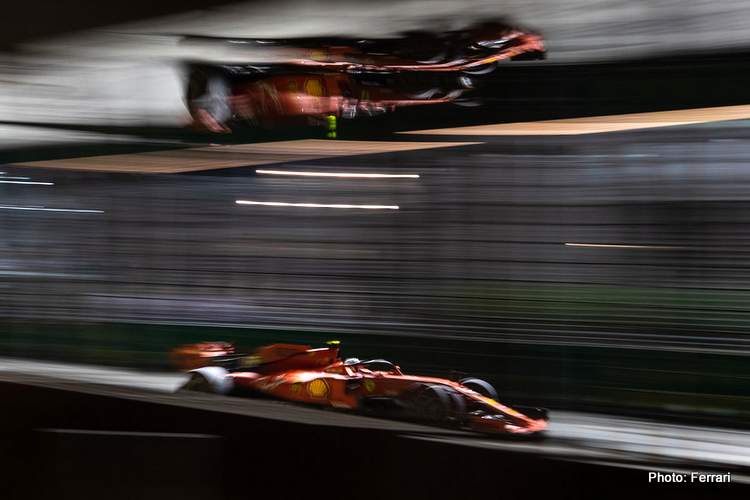 Ferrari team principal Mattia Binotto says his team’s three wins, including the most recent at Singapore in a row were not all about engine power as they appear to have found performance from their entire package.

The Italian team was expected to do well at high-speed Spa and Monza, and Charles Leclerc duly won both, But then Leclerc was back on pole at Marina Bay this past weekend, with Sebastian Vettel leading home a Red one-two.

“You have to think some of it is coming from the electrical power, some of it from the combustion engine, and I think they’ve got some pretty juicy fuels that they’re running as well. It’s probably a combination,” Christian Horner told Channel 4.

And Mercedes boss Toto Wolff says that engine advantage then has a knock-on effect in other areas, “Ferrari has an incredibly strong engine, which also helps them set up the car and make strategy decisions.”

But according to Ferrari, there is more to the recent turnaround than just the engine. Indeed, the Italian team had arrived in Singapore with a significant aerodynamic upgrade including a new nose.

Boss Binotto denies that Singapore, for instance, can be explained merely by referring to power and low drag, “Our drag advantage is lower at high downforce. Singapore showed that our superiority with the engine has been exaggerated.”

Prior to the start of the winning streak at Spa, Ferrari struggled notably in Hungary.

Leclerc explained the surge of form, “We understand the car a lot better today than in Budapest. We now know how to balance the car for slower circuits to make the most of the tyres.”

Vettel agreed with his teammate, “The balance helps us more than the upgrade. The front and the rear are working much better together.”

And Leclerc warned that Ferrari now needs to demonstrate that the recent surge in form is not a flash in the pan, “I think we can only quantify our progress in a few races. Singapore is very special, so now we have to prove it on other types of track.”

Nevertheless, World Championship leader Lewis Hamilton is openly concerned, even if his advantage over the nearest Ferrari is 96 points with only six races to go.

“For me it is clear, Ferrari now has a car that is fast on every kind of track,” observed the Mercedes driver after Singapore.