Leclerc: I lost control three times in the lap 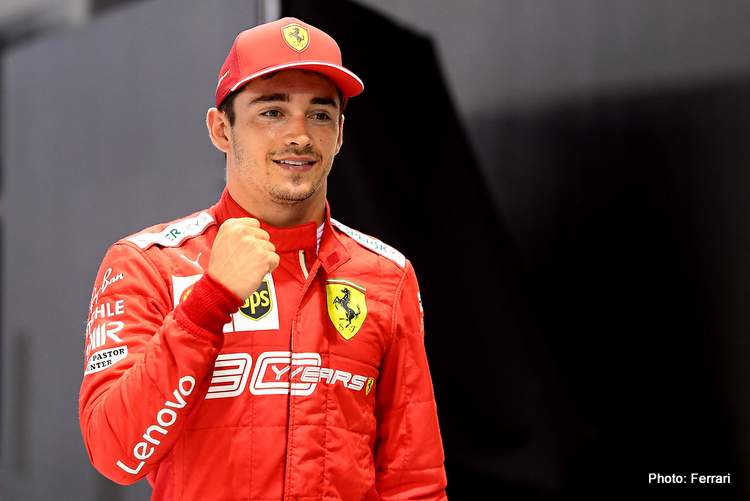 Ferrari ace Charles Leclerc produced a dazzling lap under the Marina Bay spotlights to seize his third pole position in a row, this time for the 2019 Singapore Grand Prix, with Mercedes world champion Lewis Hamilton sharing the front row with him.

The 21-year-old Monegasque, who started the last two races in Belgium and Italy from the front and went on to win both, lit up the timing screens with a time of one minute, 36.217 seconds.

“Look at the time, I lost control three times in the lap,” exclaimed a relieved Leclerc over the team radio on his slowing down lap.

“We came here knowing that it would be a difficult track for us, but the team has done an amazing job to bring the package we needed.

“We brought some new bits that worked properly…then we had a very tough Friday, yesterday was definitely not my day, I didn’t feel comfortable in the car…but I worked hard and it paid off today,” he added once out of the car.

Go on board and on the limit with @Charles_Leclerc as he storms to the Pirelli Pole Position Award in Singapore 😮#Pirelli #SingaporeGP @pirellisport pic.twitter.com/GtcZfHFX6f

Ferrari, who have struggled around twisty venues, had not been the favourites going into the weekend but Leclerc marked them out as contenders after setting the pace in the final practice session. Notably, the race has been won from pole eight times out of 11 editions.

Hamilton, last year’s race winner and the runaway championship leader with a 63-point advantage over team mate Valtteri Bottas, said he was happy to be on the front row.

But the four-time Singapore winner added, “I don’t know where Ferrari picked up their pace because this is not known to be one of their tracks, but they did a great job. It was very, very close. I’m sure I nearly hit the wall a couple of times but it was as much as I could get out of the car.”

Vettel, who came into the weekend eclipsed by Leclerc, appeared to have pulled out some of the old magic with provisional pole but pulled into the pits after errors on his final lap.

Saturday was the seventh successive time the four-times world champion, without a win for more than a year, had been outqualified by Leclerc.

“Obviously, the final attempt should have been better, but the car was quick and I was feeling good,” said the 32-year-old whose future at Ferrari is the subject of much speculation despite having a contract that runs until the end of 2020.

“We had a tiny wobble so there was no point finishing the lap because we were quite far behind,” Vettel added. “It will certainly feel different tomorrow, but it should be a good race.”

Bottas, who has never started the race in the top three, qualified fifth. Thai rookie Alexander Albon, in only his third start for Red Bull after moving up from Toro Rosso, lines up sixth in what is almost a home race.