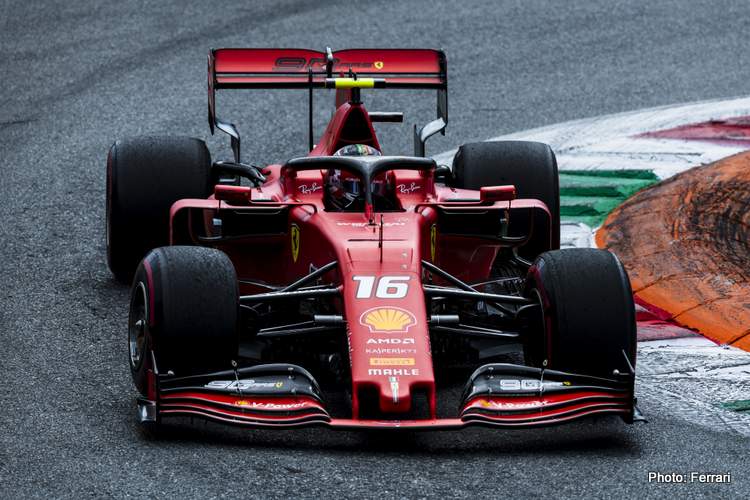 The 21-year-old Monegasque took his first Formula 1 victory in Belgium last weekend, also becoming Ferrari’s youngest ever winner, and has impressed with his calm under pressure and speed.

Then, on Sunday, at Monza Leclerc added to his extraordinary legacy by winning for Ferrari on home soil for the first time since Fernando Alonso won for them in 2010. Furthermore, he did so in his first visit to the hallowed venue as a Scuderia driver.

Speaking to reporters at an event in Milan at an event to mark Ferrari’s 90th anniversary, Montezemolo said Leclerc was quick even last year in his debut season with uncompetitive Sauber.

“With Ferrari of course it’s different. He makes very few mistakes. Like Niki at the beginning, he was only conscious why he made the mistake (and how) not to repeat it,” said Montezemolo.

“I think he is a very intelligent driver, very quick. Not only on one lap but also in the race. I think he can maybe be the best representative of a new generation of drivers. It’s very important for Formula One.”

Montezemolo, who had joined as Enzo Ferrari’s assistant, was team manager at the time and had an instant rapport with the driver.

Leclerc, in 13 races with Ferrari, has had three pole positions and is only 12 points behind teammate and four-times world champion Sebastian Vettel.

The Monegasque has had six podium finishes, the same number as Vettel, and has stood out also for his mental strength and discipline.

His win in Belgium came a day after French racer Anthoine Hubert, a friend and boyhood rival, was killed in a crash during the Formula Two feature race at Spa.

Leclerc was a godson of the late French racer Jules Bianchi, who died in 2015 after a 2014 crash at the Japanese Grand Prix, and won the 2017 Formula Two season while mourning his own father Herve.

Montezemolo left Ferrari in September 2014 before Vettel joined the team but he said the 32-year-old German remained a key member despite not having won a race now for more than a year.