Vettel: I am very happy here, I feel at home, it’s a family 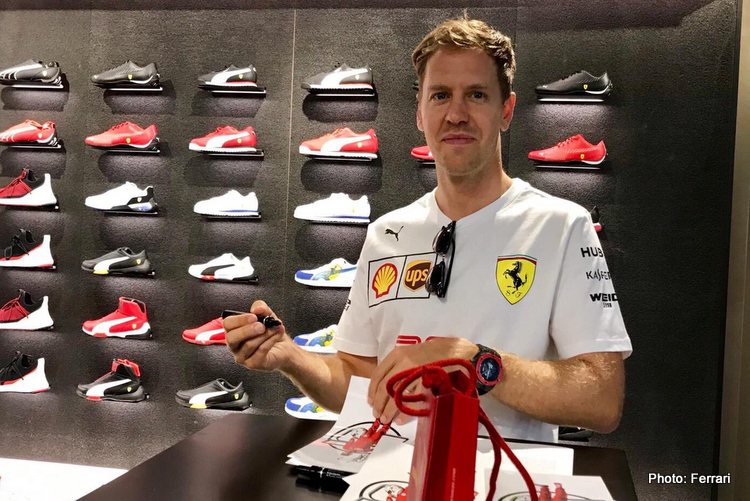 Sebastian Vettel says he might stay at Ferrari even beyond the end of his 2020 Formula 1 contract with the sport’s most famous team amid speculation about the German’s future.

It is a difficult period for the quadruple world champion, as he loses the faith of the influential Italian media and struggles to keep onto his number 1 status inside the Maranello team.

“I see myself at Ferrari for five more years, and as world champion,” the 21-year-old said at the team’s pre-Italian GP celebrations in Milan on Wednesday.

The street event was attended by many former Ferrari drivers including Eddie Irvine, Jean Alesi and Alain Prost, and even ex president Luca di Montezemolo.

“The fact that they invited me? I was very pleased, and means they do not look back to the past with resentment,” Montezemolo said.

When asked about Leclerc, Montezemolo added: “He reminds me of a young Lauda, quickly learning from his mistakes.”

And Alesi said: “There is no doubt, the future belongs to Charles at Ferrari.”

Fernando Alonso was a notable absentee as he tested for the Dakar rally in Poland, and his fans were angry that the official poster of the event featured only a tiny depiction of his helmeted likeness.

But Chase Carey and Jean Todt were there, chiefly to announce the five-year extension of the Italian GP.

“There are 22 races, but only one Monza and only one Italian audience,” F1 CEO Carey said.

That Italian audience is now analysing Ferrari’s current situation, but Vettel insists that he can still play a leading role.

“It is very important that we all work together, especially for the development of the car,” Vettel said, referring to Leclerc.

“Charles was stronger at Spa and I don’t like that obviously, but I hope the situation is reversed at Monza. He is very fast and there’s always something to learn.”

When asked to promise to win Ferrari’s home race on Sunday, Vettel answered: “For a German it is not possible to promise something, but I am very happy here, I feel at home, it’s a family.

“Whether I am going to continue? Why not?” the German smiled.

Boss Mattia Binotto is also confident, saying there is “no reason” that Ferrari can’t follow up its strong showing at Spa with a similar performance at Monza.

As for the title? Former president Montezemolo said: “In this sport, you can never say never.”

Big Question: How long for Seb at Ferrari?