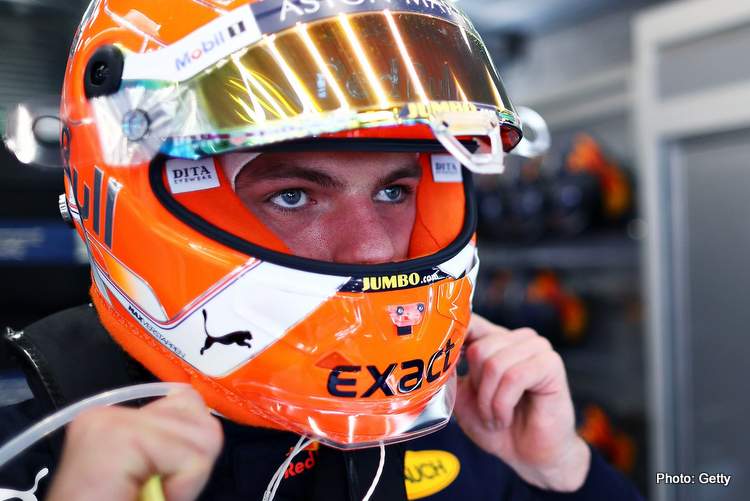 After a somewhat low-key Friday, Red Bull star Max Verstappen was optimistic about his chances but felt he did not have the firepower to take the fight to the pace-setting Ferrari duo, after the first day of free practice of the Belgian Grand Prix weekend.

However, the Dutchman believes he has the package to take the fight to Mercedes, at Spa-Francorchamps.

In FP1, Red Bull were quick out the boxes with Max Verstappen and new teammate Alex Albon ending the first session on Friday third and fourth, albeit a second or so down on the benchmark time set by Ferrari’s Charles Leclerc in the afternoon session.

FP2 was a more subdued affair as the Blues focussed on race pace rather than hot lap times, which gave little indication of what they have in their arsenal, perhaps preferring to keep their powder dry for when it matters in qualifying.

Verstappen summed up his first day back at work after the summer break, “The car actually didn’t feel too bad. We were quite competitive in the second sector but the whole day I couldn’t use my normal power.

“We had to drive bit on the low-power the whole day to what we normally use on a Friday, so that was not ideal around here, and that’s why I think we’re a bit further off at the moment, but it should be better tomorrow when we put the other engine in.”

Ferrari were relishing the opportunity to set their horses free at the legendary power-appreciative venue, a fact Verstappen acknowledged, “I think this track definitely suits them a bit better than us.

“They are very strong. They gain a lot of lap time on the straight here, but I think that’s not a surprise. We’ll just try to do the best we can from our side.

“I don’t expect to beat Ferrari, but hopefully we can be a bit closer to Mercedes because it seems they were also a bit off compared to Ferrari,” added the Dutchman who resumes the second half of this season with the momentum of two wins in four races.

Big Question: Can Max spoil the Ferrari party at Spa?