Kubica: Both drivers are unhappy with a few things 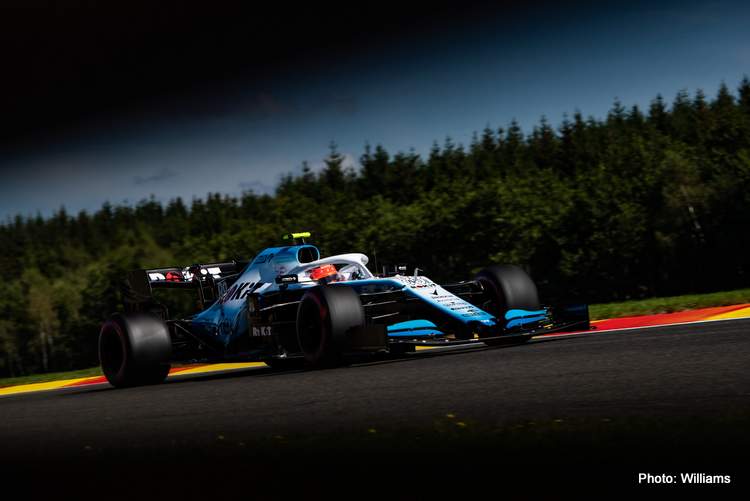 Williams report from day one of the Belgian Grand Prix weekend, Round 13 of the 2019 Formula 1 World Championship, at Spa-Francorchamps.

Dave Robson, Senior Race Engineer: “It has been good to get back to the track after a couple of weeks away, especially at such an enjoyable circuit as Spa. We completed some useful work in both sessions as we looked at some set-up options suitable for Spa and some development items for next year.

“Nicholas drove well in FP1 and did some useful set-up work allowing George to inherit a car that he was reasonably happy with straightaway. Robert completed some interesting background tests as well as tuning his set-up ready for tomorrow.

“As normal on a track so long, both drivers are unhappy with a few things around the lap and so we will now spend the remainder of the evening analysing the data and fine-tuning the car ready for the rest of the weekend.

George Russell: It’s been a long summer break, so I was happy to get back in the seat for FP2. The car generally felt nice to drive so it was enjoyable around a great circuit like this. We knew it was going to be difficult for us, the pace is a long way off, half of the lap time we are missing is on the straight and we also struggle in the corners. We will look at the data and see if we can find a better compromise tomorrow. All in all, it will be a tough weekend

Robert Kubica: “I would say today was as expected. Driving at Spa is always nice as it’s a great track to drive. The feeling in the car unfortunately is not so great at the moment. Hopefully we’ll be able to solve some issues and improve the handling of the car. Our pace, unfortunately, is what it is, and the gap to the cars in front is pretty big.”

Nicholas Latifi: “This was probably the FP1 I was most looking forward to due to the nature of the track. There have been a lot of changes to the car since my previous session at Le Castellet and its difficult to compare the FW42 across different circuits.

“On a general note, I noticed a slight improvement with the car despite running with a smaller rear wing, and I was pleased with my session. It was quite clean, and I was able to give the car back to George for FP2. Overall, it was great to drive a Formula One car at Spa and I look forward to my next outing with the team.”