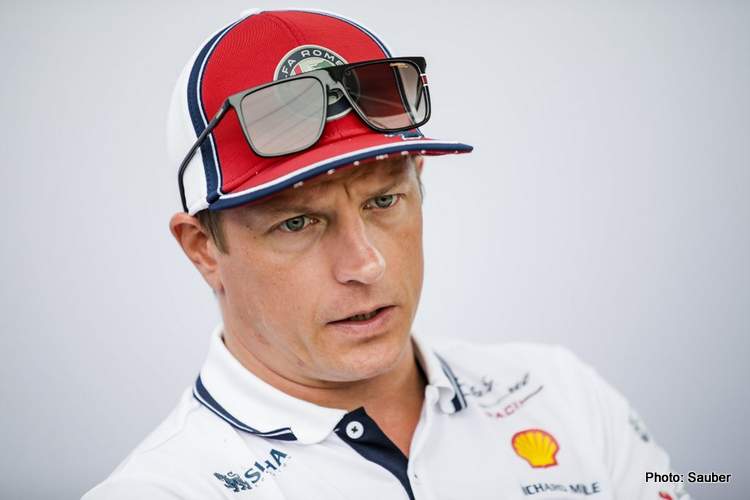 Formula 1’s grand old man Kimi Raikkonen may be forced to sit out the Belgian Grand Prix due to a sports injury incurred during the summer break which he has jokingly attributed due to age.

Although the team Tweeted that he will be in the car on Friday for free practice at Spa-Francorchamps, they have a Plan-B should the Finn’s condition not allow him to drive without pain.

When asked how he injured himself, 39-year-old replied: “Sport. Injuries. Getting old. I pulled a muscle and that’s about it. We’ll see what happens.”

“I would say it’s been getting better so we will see how it is. In my head, it should be fine but you never know. It should be OK,” added the Finn.

Plan-B should the old muscles not oblige is in place with their former driver Marcus Ericsson called in as reserve at the expense of his Indycar race this weekend at Portland where the Swede would have lined up for Arrow Schmidt Peterson, whi have released him for the weekend.

At Spa-Francorchamps and Ericsson will await on how Raikkonen condition evolves between now and possibly until the start of FP2 on Friday.

Meanwhile, the team may give their former driver Ericsson a run in FP1 to reacquaint himself with the Alfa Romeo C38 while Raikkonen is afforded maximum time to heal.

The alternative is for the veteran to do FP1 and ascertain the extent of discomfort and the impact in his driving before making a call on whether Ericsson suits up for his team after a 12 race absence from the top flight.

Ever wondered about Kimi and Antonio’s music skills…? 🤔